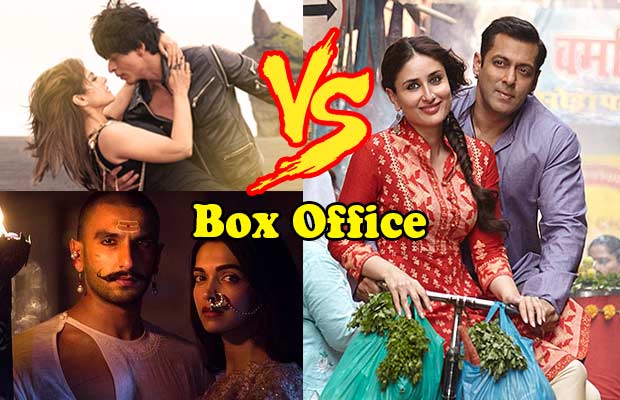 In the beginning both the films were doing well at the box office with ‘Dilwale’ leading ahead. However now things have taken a sudden turn with ‘Bajirao Mastani’ showing lot of growth due to Christmas factor and Dilwale falling flat on its second weekend. Worldwide however ‘Dilwale’ is still doing better but not better than ‘Bajrangi Bhaijaan’. The film did however become the highest opening film overseas of 2015 leaving ‘Bajrangi Bhaijaan’ behind.

Now that the first week business of both films has failed to affect any records set previously, breaking the overall record set by Salman Khan this year is out of the question. Both the films are expected to gain some momentum this weekend as there are no new releases and the market is up for grabs till January 8th.[/tps_footer]