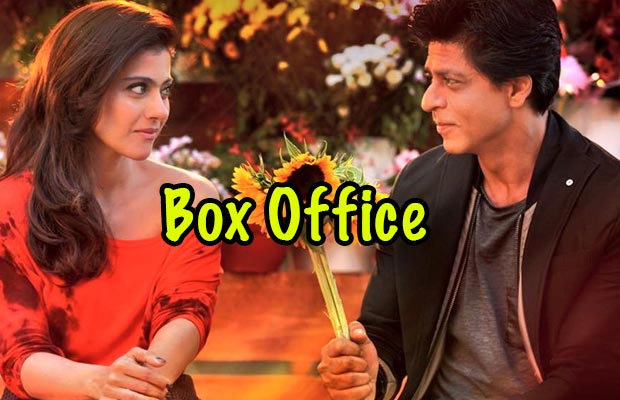 [tps_footer]Bollywood film ‘Dilwale’ starring Shah Rukh Khan, Kajol and others has collected mediocre amount on its second Monday at the box office. The film is facing cut throat competition from ‘Bajirao Mastani’ in the Indian market with the latter overtaking after the second weekend business. ‘Dilwale’ had a stupendous run in the first weekend however first weekdays as well as second weekend were in favour of ‘Bajirao Mastani’. ‘Dilwale’ collected Rs. 3 crores net approx (Rs. 30 million) in its second Monday at the box office making the current total to Rs. 118.75 crores net approx (Rs. 1.18 billion).

The film is however doing wonders in the overseas market with a collection of $16.75 million approx Rs. 111 crores (Rs. 1.11 billion approx) after 10 days at the box office. In its initial release weekend the film collected $8.5 million approx, on first weekday run the collections rose to $13 million approx and on second weekend it was $3.75 million. The film will soon touch the $20 million mark by the end of this week which is very good given the fact that the film is losing grip in India.

The best performance has been from Gulf country where it has outshined every Bollywood film released previously including Salman Khan blockbusters. ‘Dilwale’ has surely faced a major blow in India with circumstances favouring Bajirao Mastani gradually during the first weekdays. ‘Dilwale’ observed steady drop in the collections while the same was gained by Bajirao Mastani.[/tps_footer]