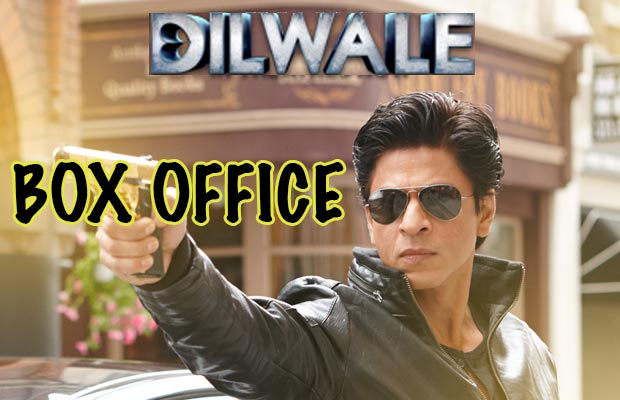 [tps_footer]Bollywood film ‘Dilwale’ starring Shah Rukh Khan and Kajol is doing well on Wednesday with only a minimal drop in its collections. The film faced a huge drop on Monday and dropped further low on Tuesday but Wednesday seems to be on a steady yet slow pace for the film. ‘Dilwale’ is doing best in East India and West Bengal regions where Shah Rukh Khan followers are rushing to the theaters boosting the film’s growth. At other places including South as well the pace has become slower compared to weekend performance. The Wednesday collections of ‘Dilwale’ is Rs. 8.25 crores net approx (Rs. 82.5 million) which is same as the Tuesday collection.

‘Dilwale’ had been facing backlash due to on going protests against it with the film being boycotted in several parts of South India. The clash with ‘Bajirao Mastani’ has also affected the film a lot in its first weekday run as in all the three days the competition has scored better than ‘Dilwale’. However internationally and even in Indian box office, SRK‘s film had a huge leap during the weekend giving it a upper hand hence the loss during weekday drop was covered. With such a steady dip in the numbers each day it is hard to say how the second weekend performance of Shah Rukh Khan‘s ‘Dilwale’ will be.