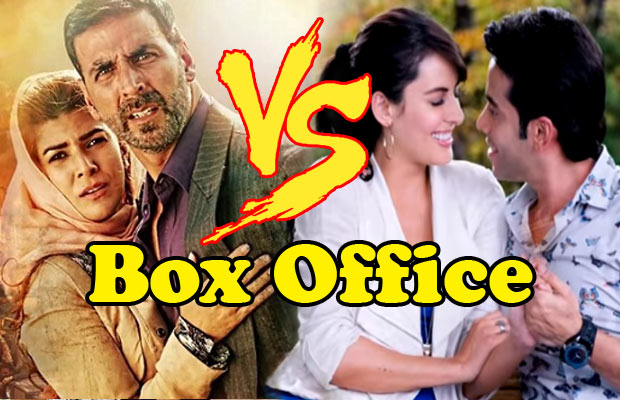 [tps_footer]Kyaa Kool Hai Hum 3 and Akshay Kumar starrer film Airlift have released today. Shockingly, both the films are giving each other a tough competition. The film has had a decent opening of 30-35% occupancy in mass centres.

Airlift has also opened to decent collections of around 30-35% occupancy, as multiplexes of cities opened well. Both the films are running neck to neck. Akshay Kumar’s film has done well in big cities, as a star makes a big difference there and Akshay has a strong market in the North. Delhi and Punjab should do good business by evening as there are also huge multiplex present in these areas.

As there is huge preference of these multiplexes in North, the big gap in collections of both films may come here. Airlift opened decent in Mumbai, but smaller cities of Maharashtra opened similar to Kyaa Kool Hain Hum 3, some were even lower.

But it seems Kyaa Kool Hain Hum 3 will do its best business in Mumbai and CPCI circuits. The last film of this brand Kyaa Super Kool Hain Hum had recorded a 6.75 crore net day one and despite it not being a solo release with a bigger film for competition, the opening numbers suggest it should surpass that film.

For Airlift, if the evening growth comes, then it will have a good platform to build from on Saturday and Sunday with solid growth. But for Kyaa Kool Hain Hum 3, its more about holding the collections, rather than growing to pull through. If there is a growth in the film, then it will be a bonus for this film, as families would prefer not watching these types of films on weekend.

Tusshar, who has been part of ‘Kyaa Kool Hai Hum‘ and its sequel ‘Kyaa Super Kool Hai Hum‘, feels even though people like these kind of films, it is no indicator that they will be successful too. Directed by Umesh Ghadge, ‘Kyaa Kool Hai Hum 3’ is the third installment in the popular franchise. The previous two parts starred actor Riteish Deshmukh. The movie also stars Bigg Boss 9 contestants Mandana Karimi and Gizele Thakral.

Bollywood actors Akshay Kumar and Nimrat Kaur are starring opposite each other in ‘Airlift’.’ Airlift’ is an edge-of-the-seat thriller based on a real incident, which occurred in Kuwait in the 1990s, during the time of Gulf War. An Indian businessman, Ranjit Katyal, helped in evacuating 1,70,000 Indians, safely, back to their home country at the time of Iraq-Kuwait war.[/tps_footer]