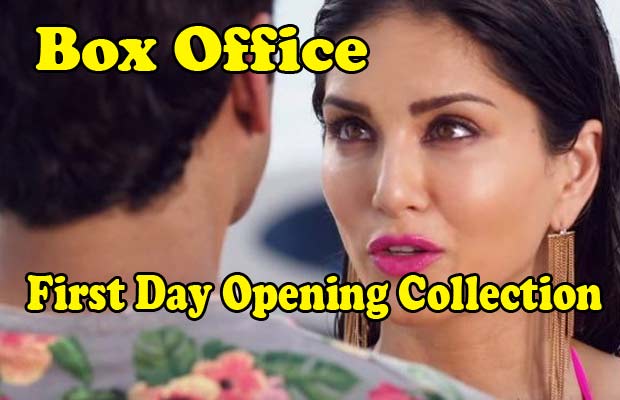 [tps_footer]Sunny Leone has again offered an adult comedy in the tinsel town with ‘Mastizaade’. The film also stars actors Tusshar Kapoor and Vir Das in lead roles. The film ‘Mastizaade’ had already grabbed limelight because of its over the top trailer and promos. The adult comedy has finally released and will be competing with R Madhavan’s ‘Saala Khadoos’.

The film on its first day had a fair opening of around 30%. The film ‘Kyaa Kool Hain Hum 3′ also had a similar figure. It can be predicted that due to low level of competition from R Madhavan’s ‘Saala Khadoos’ ‘Mastizaade’ might gain more collection.

Tusshar Kapoor’s ‘Kyaa Kool Hain Hum 3′ landed in a hassle because of Akshay Kumar’s strong film ‘Airlift’. The adult comedy could not sustain much. Nevertheless, positive reviews of ‘Saala Khadoos’ might also turn the tables for Sunny Leone’s adult comedy.

Akshay Kumar and Nimrat Kaur’s ‘Airlift’ is still running strong at the box office; this might become a hindrance to the adult comedy ‘Mastizaade’. Directed by Milap Zaveri, ‘Mastizaade’ is assumed to be a laugh riot with loads of double meaning stanzas. Now whether, the film bounces back to its left over audience in the weekends or no is yet to be seen.[/tps_footer]