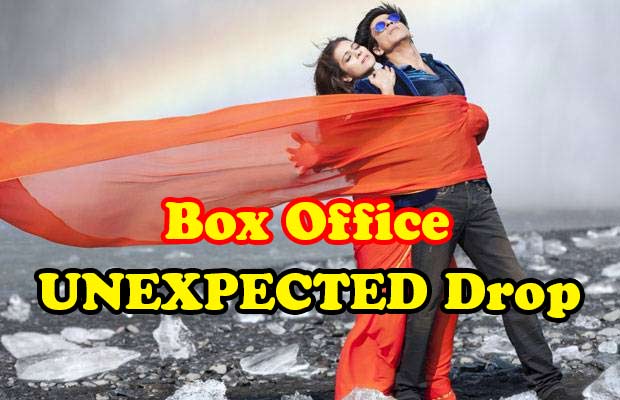 [tps_footer]Bollywood film ‘Dilwale’ starring Shah Rukh Khan had a good weekend but has dropped lower than expected on first Monday. The film had a splendid growth on Sunday which leads the Monday drop of 55% approx as a disappointment. Since ‘Dilwale’ is sharing the business with ‘Bajirao Mastani’, it has to be very steady over the weekdays to cover up for the lost business over the weekend. With such a huge drop it is hard to say if any miraculous numbers can be expected. The film collected Rs. 9.5 crores net approx (Rs. 95 million) on its first Monday which is very less compared to the Sunday collection.

The first week business of ‘Dilwale’ is expected to be around 95 crores net approx which is also a figure that seems reasonable given the fall on Monday. The film is however doing wonders overseas with Gulf region getting the biggest collection for any Bollywood film of all time. The film has also entered the list of highest opening weekend worldwide 2015 after ‘Bajrangi Bhaijaan’ and ‘Prem Ratan Dhan Payo’. In terms of worldwide figures the film is heading steady towards the 200 crore mark. Once again due to the ‘Dilwale’ VS ‘Bajirao Mastani’ clash the films had to share their business and if the same did not occur, the collections would have been better.