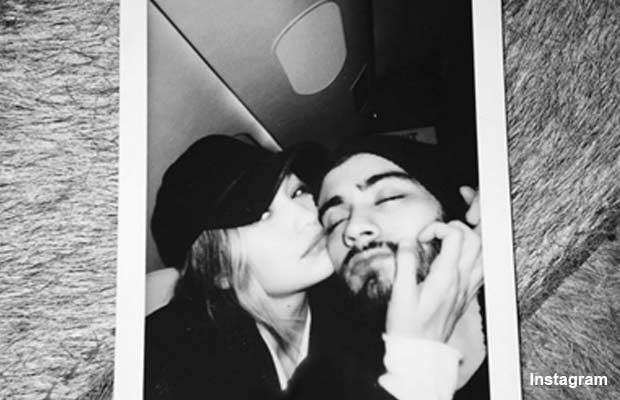 [tps_footer]Hollywood celebrities Zayn Malik and Gigi Hadid are making headlines for their alleged romance and it seems like they’re becoming more open about it. After meeting each other secretly many times trying to avoid the paparazzi, the young celebs have become free about their togetherness and have start posting selfies on social media. Pop star Zayn Malik posted a photo with Gigi Hadid on his official Instagram handle leaving all fans gasping whether he just confirmed that they are dating. Well the photo was caption less so obviously it’s not a yes, but it’s not a no either!

Gigi and Zayn had started making the world go gaga when they were first spotting hanging out at the American Music Awards after party. Soon after which they started seeing each other at parties, clubs and what not. Recently Gigi Hadid was also seen visiting Zayn Malik at his residence in London suburb according to reports. With the adorable selfie shared by Zayn, where the two celebs are nearly cuddling each other cheek to cheek, it seems like they are ready to become more transparent about their relationship. 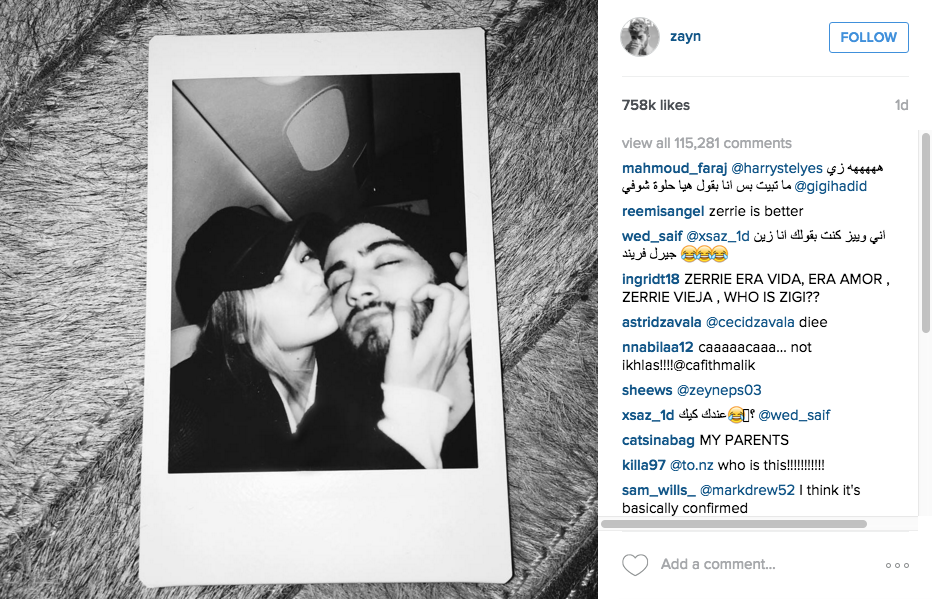 Earlier few weeks ago Zayn Malik and Gigi Hadid were spotted leaving The Nice Guy in West Hollywood together and that is when the tongues set wagging about their efforts of sneaking out to meet each other. Zayn was earlier dating Perrie Edwards whereas Gigi was making headlines for her relationship with Joe Jonas, which did not end at a good note. We wonder where this pop star and model link up is headed?

Zayn Malik who left One Direction has been trying to find his own way as a musician in the Hollywood industry and Gigi Hadid herself is no less than a rising star in the modeling industry. Gigi has already walked the ramp for endless high profile designers and can always be seen hanging out with the likes of Kylie Jenner, Taylor Swift, Cara Delevingne and Karlie Kloss.[/tps_footer]