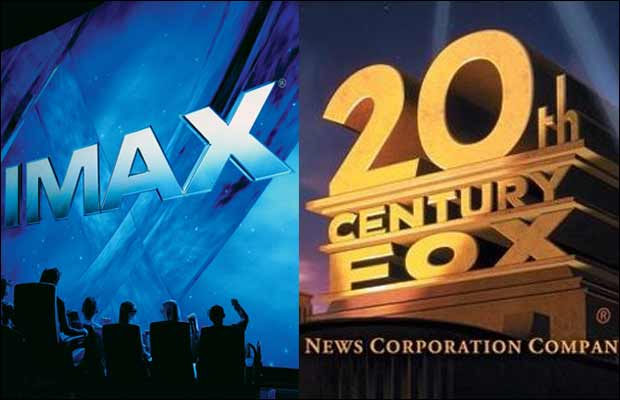 Hollywood production giant 20th Century Fox has signed a multi-film deal with leading distributors IMAX theaters for their upcoming movies. The deal comes as the first long term contract between Twentieth Century Fox and IMAX. IMAX will be re-mastering all the films to convert them into their classic movie experience with crystal clear image and amazing sound system. IMAX offers the kind of movie experience, where the audience can feel the live action with like they’re a part of it.

The contract will include upcoming films like ‘Deadpool’, ‘Independence Day’, ‘Resurgence’ , ‘Maze Runner: The Death Cure’ and untitled ‘Wolverine’ project. 20th Century Fox officials Paul Hanneman and Chris Aronson happily announced this new global affiliation with Imax through which they are looking forward to offer their audiences another choice in their viewing of 20th Century Fox movies. The company is thus looking forward to working with IMAX in what is sure to be an exciting and rewarding future.

IMAX Corp CEO Richard L. Gelfond expressed he is extremely pleased to enter into this strategic alliance with Fox, with whom his enterprise has experienced some of their greatest successes. Given their exciting upcoming slate, the agreement makes strategic sense for both companies according to Geldon. Both the companies are also excited to be able to release blockbusters together in China, which they think could help Imax and Fox expand their footprint in that market jointly.

With this new multi-picture deal, Imax closes the loop among the Hollywood studios and takes its relationship with Fox to a new level. IMAX Entertainment CEO Greg Foster stated the company is excited to bring this particular slate of films to Imax fans worldwide. Certainly this venture would bring out the best of upcoming 20th Century Fox films. IMAX had recently sold out its biggest check of pre-release tickets for the movie ‘Star Wars: The Force Awakens’ which releases this Christmas.

Also Watch: 17 Bollywood Celebrities Whose Hollywood Lookalikes Will Surprise You!