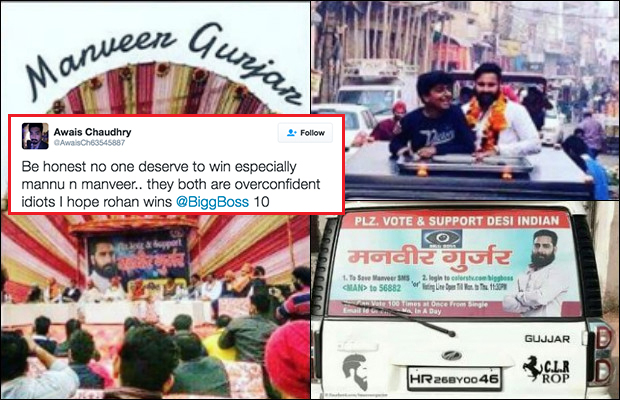 As earlier we EXCLUSIVELY revealed, Bigg Boss 10 contestant Manveer Gurjar has won the ticket to finale and has made it to finals after receiving more votes than Manu Punjabi. The duo was taken to a mall in Navi Mumbai where they asked for votes and support from their real audience.  The margin of votes between the two was just of 3 votes; Manveer got 135 votes while Manu Punjabi got 132 votes from the live audience at the mall.

Well, many viewers are quite happy to see Manveer in the finale while many are disappointed as they wanted VJ Bani to win the ticket to finale. Manveer has reached to the finale and now only time will tell if he wins the trophy or no but celebrations have already begun at Manveer’s hometown in Noida. The whole Noida is into celebrations as if Manveer is already a winner. The fans are taking out rallies and have stuck huge hoarding of him everywhere.

Check out the tweets to know how viewers have reacted to Manveer winning the ticket to finale: 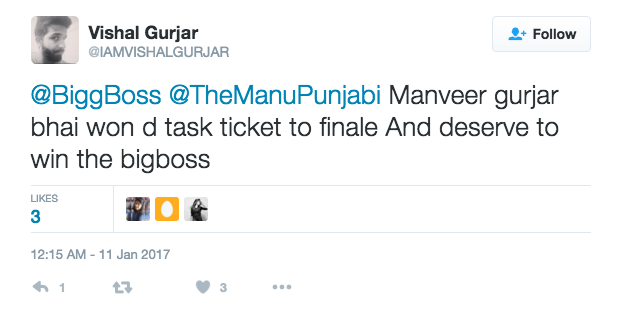 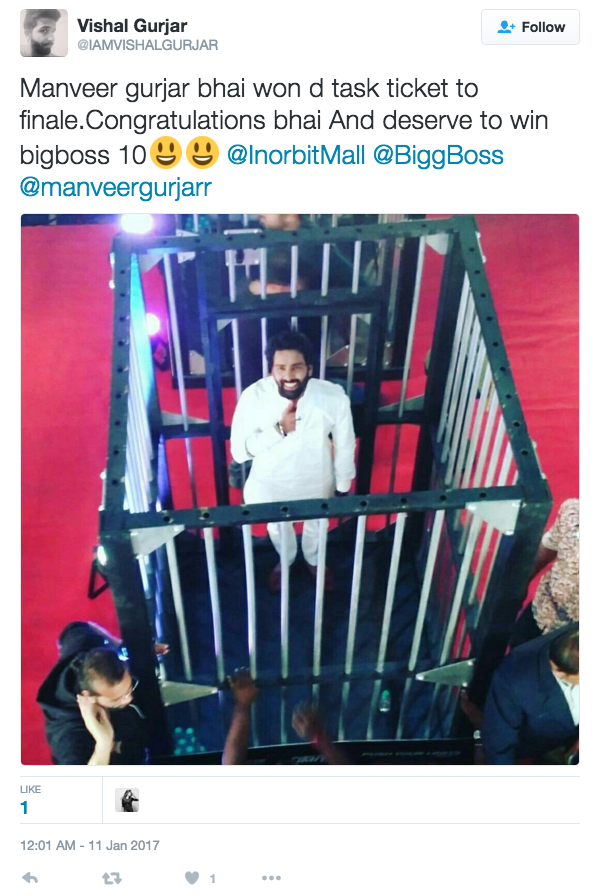 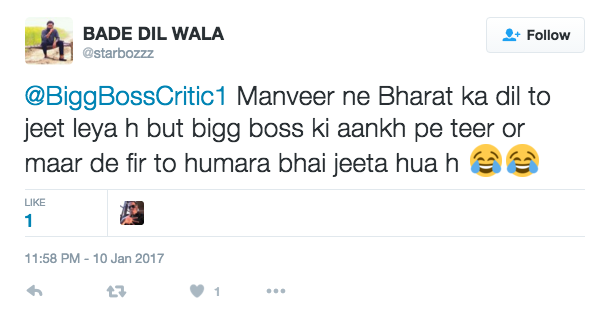 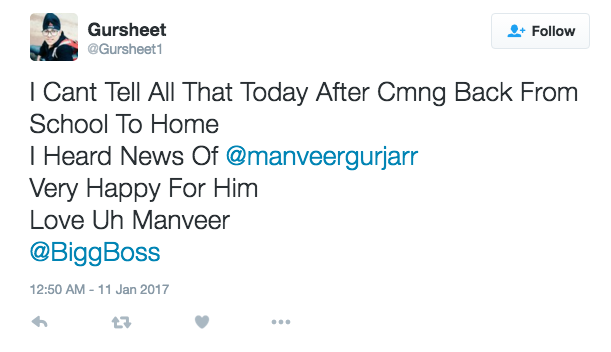 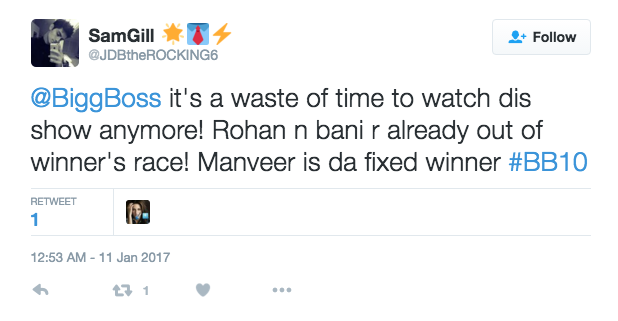 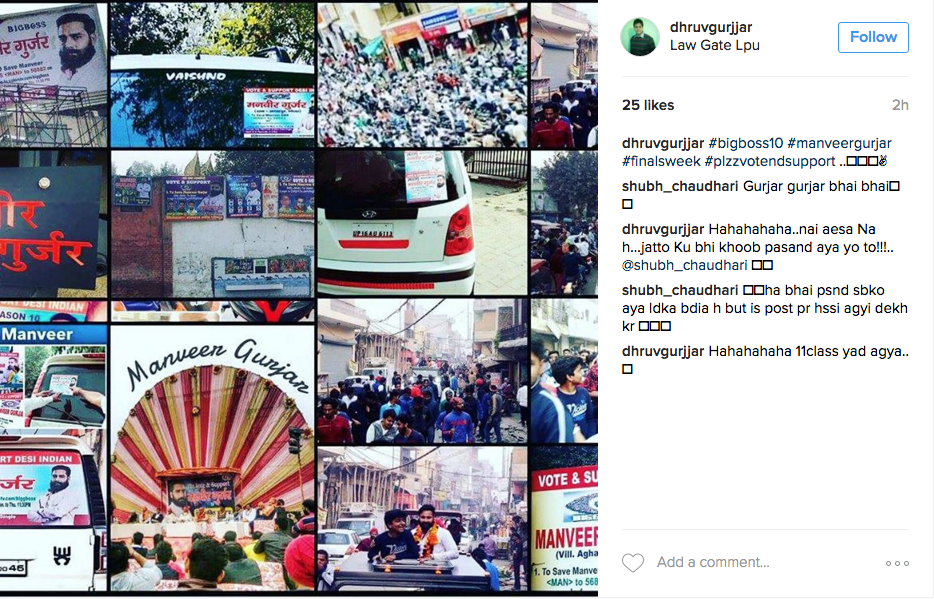 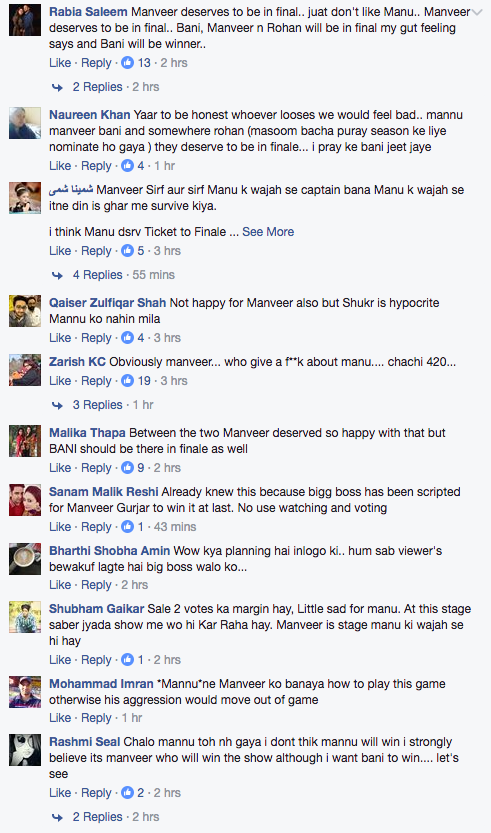 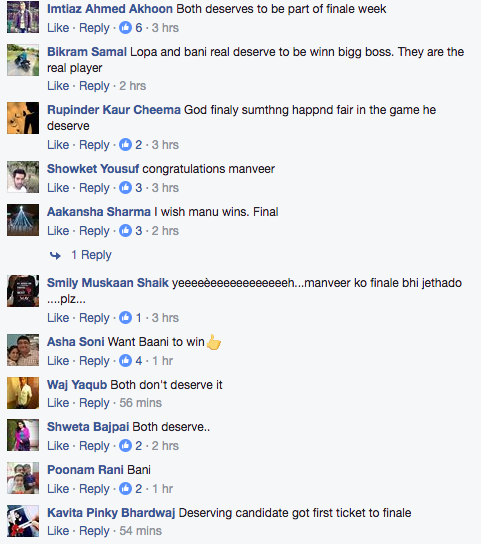