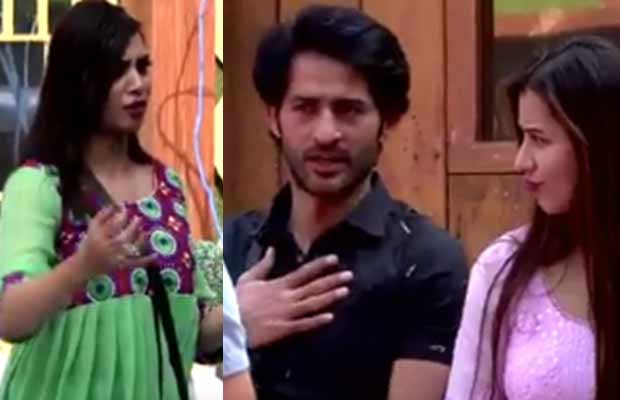 Sunday’s episode of Bigg Boss 11 weekend ka vaar with Salman Khan was action-packed and entertaining. Fukrey Returns team also entered the house and played some fun games with the housemates. Besides the entertaining part, Salman Khan announced that no one is getting evicted from the house as voting lines were closed. The episode concluded with
Vikas Gupta and Hina Khan‘s ugly fight. Vikas calls Hina a ”Chaalu Aurat” and this leads to a heated argument between the two.

Well, tonight’s episode is going to be like never before as captain Arshi Khan will decide this week’s nomination. Yes, housemates are divided into two teams for the nomination task. Team Red and Team blue!

Arshi gets the power to save one team, which means all the contestants comprising in that team will be safe from nominations. In the preview of today’s episode, Arshi rules the housemates and makes them beg to save themselves from nominations.

She even taunts that how Shilpa Shinde has to convince her in order to get safe or else the whole team will suffer. Both the teams are into dilemma as Arshi Khan has got a huge power to nominate them.

The video sees Arshi also expressing her disappointment with Hiten Tejwani. While Hina Khan says she is playing for herself and not as a team.

Well, which team will get safe from the nominations? Will Shilpa Shinde go to Arshi Khan? Let’s wait and watch.