Manu, who appeared on the show as a commoner, soon became a huge celebrity in India.

Recently, even on his holiday in Manali with fiancé Piku, Manu Punjabi was surrounded with huge fans. Who wanted to click selfies with him only. Manu is surely enjoying the attention that he is receiving from his fans.

Reportedly, Manu is currently in Mumbai for work and was recently mobbed by fans soon after he exited a meeting in Andheri. While he was busy giving autographs, a biggie crossed by. Seeing Manu Punjabi, he tapped his shoulder and guess who he was? None other than Bollywood director Rohit Shetty!

As per reports, Manu Punjabi was Rohit Shetty’s favourite on Bigg Boss 10 show. And so, he invited the lad for a coffee at his office and their conversation lasted for over an hour. Reports also suggest that Rohit Shetty offered Khatron Ke Khiladi to Manu Punjabi. The director asked the TV star to accept the offer of the reality show. Now that’s amazing!

Recently, even Manu’s best friend Manveer Gurjar revealed that he would like to do Khatron Ke Khiladi. Which will be hosted by Rohit Shetty. In fact, the show has already been offered to him and moreover, it would be amazing to see Manveer and Manu back together on a new reality show. Also, Manveer has tied up with Colors channel, which will give him more opportunities to be a part of the reality shows on the channel.

Manu recently also shared a photo of him while he was at Rohit Shetty’s office! 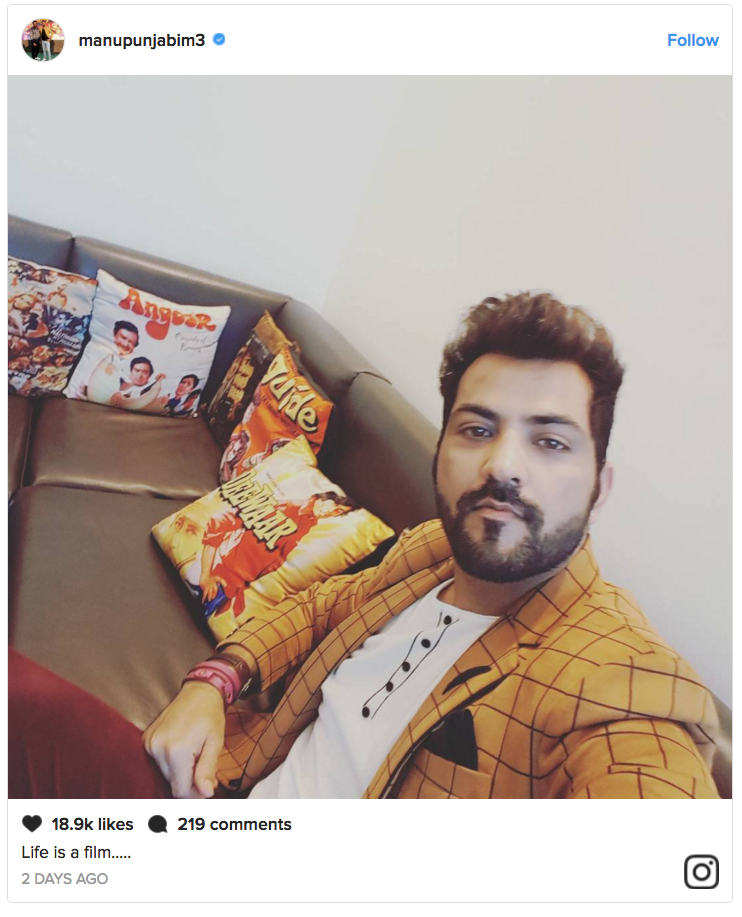