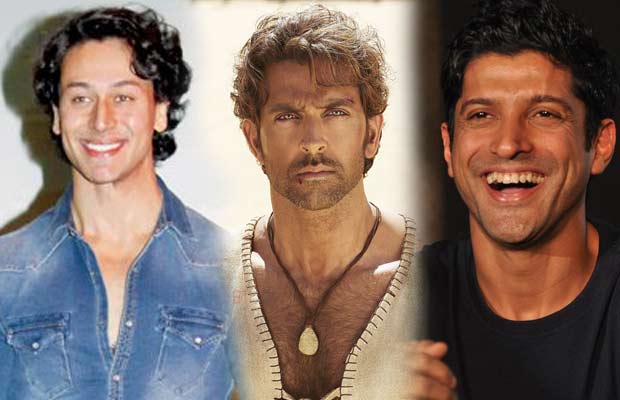 [tps_footer]Hrithik Roshan’s Mohenjo Daro is all set to release this Friday. He is romancing debutant Pooja Hegde in the film. The trailer looks spectacular and different. This will be Ashutosh Gowariker’s second film with Hrithik Roshan, after Jodha Akbar.

Well, Mohenjo Daro will be clashing with Akshay Kumar’s Rustom. The actors cleared all the rumours of bitterness on the clash with their recent Twitter conversations. Well, looks like there are celebs that are supporting Mohenjo Daro. Actor-Singer-Director Farhan Akhtar recently tweeted promoting Mohenjo Daro. Farhan and Hrithik were seen together in super hit film Zindagi Na Milegi Dobara. Hrithik also was a part of Farhan’s Lakshya. Well, it’s good to see Farhan promoting Mohenjo Daro.

Another Bollywood celeb that promoted the Bang Bang actor’s film is Tiger Shroff. We all know Tiger is a big Hrithik Roshan fan. It was indeed sweet of him to tweet Hrithik and wish him luck for his film. They both are amazing dancers in Bollywood. Also, Tiger often said Hrithik has always been his inspiration.

Looks like the clash of films is going to be interesting. Hrithik has taken a lot of efforts for his role Sarman in Mohenjo Daro. He looks striking in the trailer. Also, Pooja and Duggu’s chemistry looks adorable and quite intense. A. R Rahman’s composition has also gained quite a positive response. The film will release on Friday, August 12.[/tps_footer]