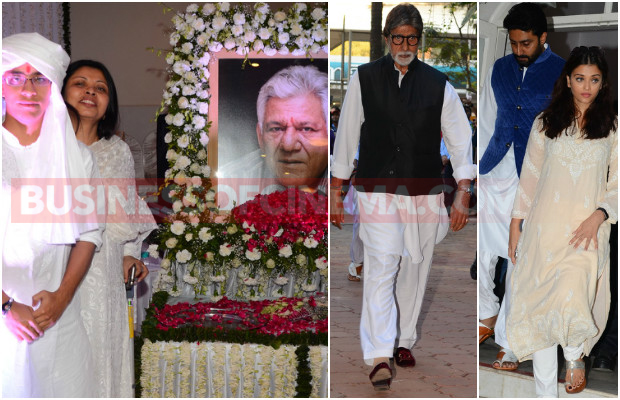 Veteran actor Om Puri’s sudden death had put the whole industry in a shock. It was unbelievable that one of the finest and versatile actors is not amongst them anymore. Undoubtedly, Bollywood lost one of the talented actors. On January 9, Bollywood celebrities paid last respect to the actor at the prayer meet held at Iskcon Temple Mumbai.

Meanwhile, another prayer meet was organized at a Gurudwara in Andheri by Puri’s first wife Seema Kapoor. Celebrities including Govind Nihlani, Mita Vashisht, Anup Jalota, Jaspinder Narula, Yashpal Sharma, Pawan Malhotra, Annu Kapoor, Jackie Shroff and Kulbhushan Kharbanda were among others who attended the prayer meet in the memory of late actor Om Puri at a Gurudwara.