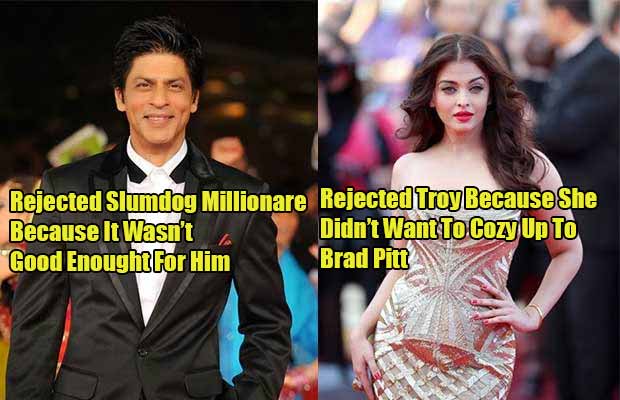 It’s true that Bollywood Actors vie for roles in Hollywood so that they can have a global image. And while some names like Aishwarya Rai Bachchan, Irrfan Khan and Anil Kapoor have bagged meaty projects in Hollywood, a lot of others even settled for cameos and blink-and-miss roles to further their career in cinema.

But that’s only one side of the story. Because there have been many instances where our beloved Bollywood Actors have been the first choice for some great Hollywood projects.

Brace yourselves; because we are about to tell you about 10 Bollywood actors who were not only offered roles in Hollywood but also went as far as to reject them: