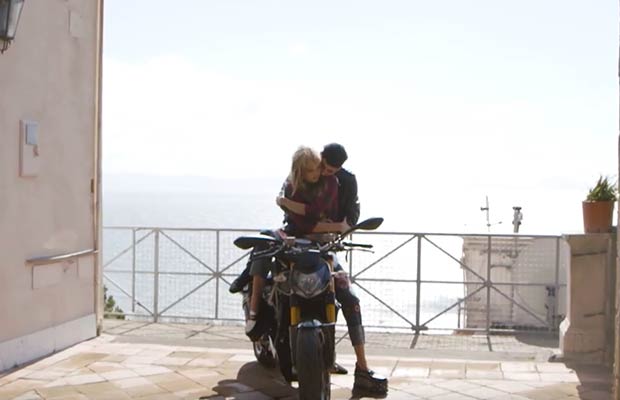 [tps_footer]Zayn Malik and Gigi Hadid cannot keep hands off each other. The recent Vogue shoot wherein the couple was seen all drenched in love is making all the rounds amongst the masses. Raising the chemistry levels, the behind the scenes footage from Vogue shoot has now released. Zayn and Gigi have often flaunted their affection but this footage is surely for keeps.

The Vogue shoot featuring the two celebrities is high on romance. From kissing to stolen glimpses, the shoot is a dreamy flight to love. Zayn Malik who was lately targeted for still being stuck in the memories of ex-girlfriend Perrie Edwards has now proved that he has already moved on. Gigi Hadid who is known for her killing looks is raising the temperatures high in the shoot. Gigi Hadid and Zayn Malik were in Italy for the romantic shoot.

The video sees the two stars giggling, cuddling and kissing. Photographer Mario Testino who is the man behind the lenses for this much in limelight shoot introduces the location and shares candidly, “Oh, how boring is it to be with a couple, that they’re kissing and you have nobody to kiss.”

The video further sees Gigi doing a head stand and kissing Zayn Malik. Hadid and Malik are not only giving love goals to everyone with their shoot but are also giving eccentric fashion goals. Gigi Hadid is seen wearing all kinds of attires ranging from floral prints to sporty, whereas the former One Direction artist is looking handsome as always in his smart formals and leather jacket ensembles.