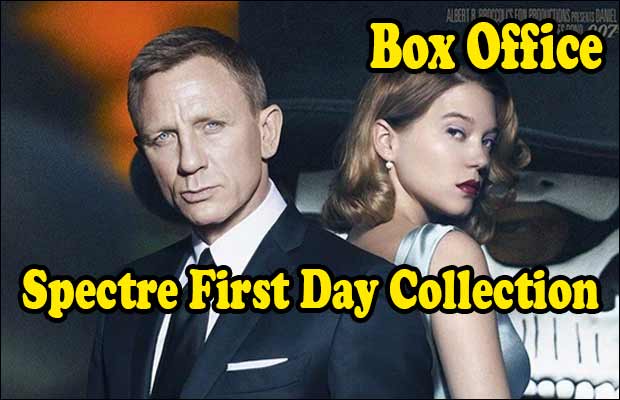 [tps_footer]Hollywood film ‘Spectre’ that released in India on November 20, 2015 has performed better than the other Bollywood releases on the same day. The film has managed to attract more audience owing to its James Bond legacy and paid previews have helped spread the word. ‘Spectre’ is the 24th installment of James Bond movies starring Daniel Craig as the ace spy. The film has performed best in the metropolitan areas with an opening occupancy rate of 30% which is good for a Hollywood movie in India.

On its first day at the Indian box office, ‘Spectre’ collected Rs. 2 crores net approx (20 million) which is much better than the previous James Bond movie ‘Skyfall’. ‘Skyfall’ had a collection of only Rs. 45 lakhs net approx on its first day. Now that Hollywood releases have increased in India due to the wider scope of audience, the English movies have started performing better than previous years as well. Also the other releases with ‘Spectre’ have been unsuccessful to get any kind of grip.

The only other film released was ‘X: Past & Present’ which is doubtful to even collect Rs. 11 lakhs net approx after its first day. Salman Khan’s ‘Prem Ratan Dhan Payo’ is also going strong after its excellent first week run at the box office. However PRDP has major hold in areas like Gujarat and Central India regions where there is not much market for Hollywood releases. Hence both the films can survive at the box office without coming in each other’s way.