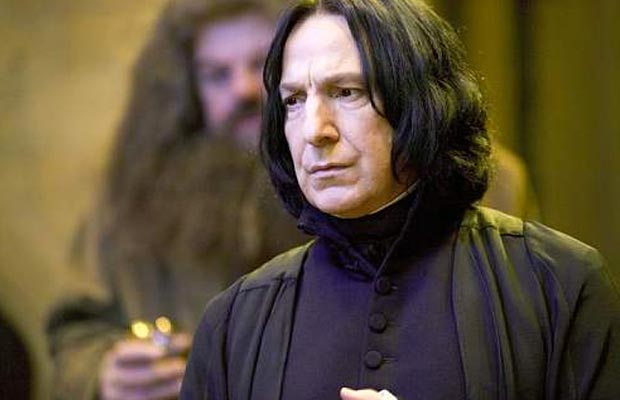 [tps_footer]British actor Alan Rickman, known for his brilliant role as Professor Snape in ‘Harry Potter’ movies, has died in London at the age of 69 on January 14, 2016. The british actor was suffering from cancer and his family confirmed about his illness. Nothing much has been revealed  since when he was suffering from the illness. The actor made an appearance on ‘The Tonight Show Starring Jimmy Fallon’ few months ago.

Alan Rickman was the one of the most celebrated actor. The actor, who started his work from theatre then in Hollywood movies, was known for his relaxed diction and his strong screen presence. Alan Rickman found young generation of audience for him when he was cast in JK Rowling’s adaption, ‘Harry Potter’ movies. He portrayed the character of Professor Snape, who was one of the greatest characters in the ‘Harry Potter’ universe.

Alan Rickman had played variety of roles in the films but was known for his dark roles.  Three memorable films of Alan Rickman were Gruber, ‘Robin Hood: Prince Of Thieves’ and ‘Rasputin: Dark Servant of Destiny’ in which his performance was beyond brilliant. His work in theatre was compelling and was highly appreciated.

Alan Rickman showed his soft side in films like ‘Truly Madly Deeply’ that released in 1990, ‘Sense and Sensibility’ in 1995 and ‘Love Actually’ in 2003.

May his soul rest in peace. Raises wand.[/tps_footer]