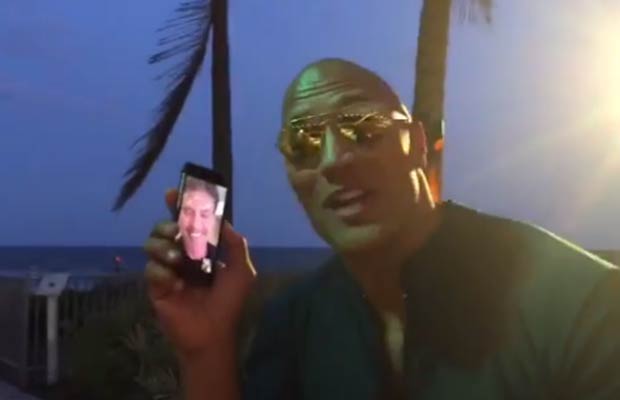 [tps_footer]‘Baywatch’ is one most awaited movie currently with Dwayne Johnson and Priyanka Chopra increasing the curiosity levels. The cast of the film has already started shooting for the same and there is one more addition to the movie. Dwayne Johnson aka The Rock has now confirmed that David Hasselhoff will also be a part of the much awaited film.

Hold your breath! Shedding away all the speculation stories, Dwayne has uploaded a video on the photo sharing app instagram which sees him confirming David’s presence in the film ‘Baywatch’. Dwayne posted the video captioning it, “I WAS BORN READY!” Pleasure to officially welcome the original#BAYWATCH gangsta himself David Hasselhoff to our movie! #BAYWATCH is the most successful TV show of all time and from the day we announced we were turning it into a movie, “The Hoff” has been our greatest supporter.”

The Rock further in his caption added, “Especially once he knew our RATED R movie was going to be a combination of AVENGERS meets ANCHORMAN….???Hoff’s a cool dude who’s down to have fun and here’s the best part.. He’s been training his ass off and gotten in the best shape he’s been in in years! (cue slo-mo running and glistening chest hair.. wait, why the f*ck am I even thinking about Hoff’s chest hair!?) World get ready..#RockAndHoff #ThereAintNoBay#WithoutTheHoff .”

Handsome hunk Zac Efron who will also be seen in ‘Baywatch’ posted a picture on Instagram captioning it, “What an epic start gift#baywatch.” 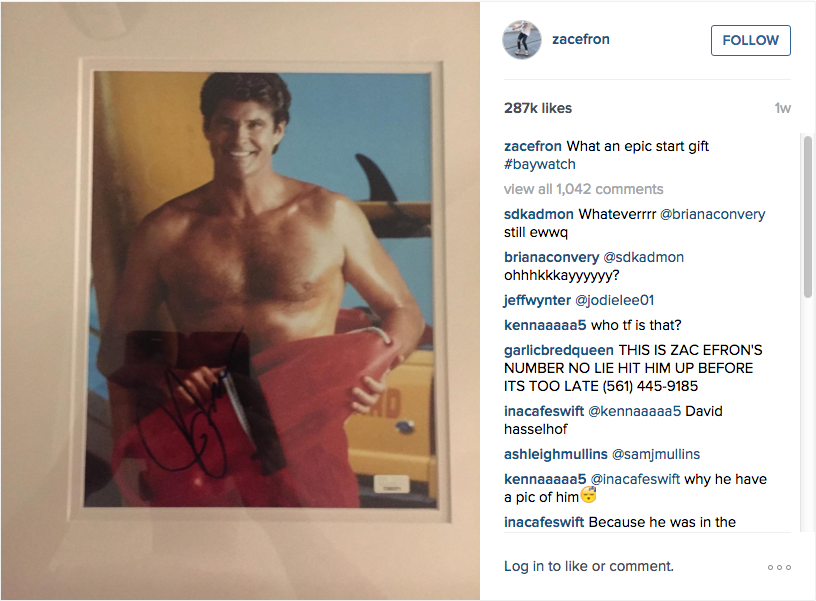 A few glimpses from the sets of the film have already leaked out. The pictures from ‘Baywatch’ see Priyanka dressed in glamorous attire which hints at the fact that the movie is going to be high on style and entertainment.

Directed by Seth Gordon, ‘Baywatch’ is eyeing for a 2017 release.[/tps_footer]