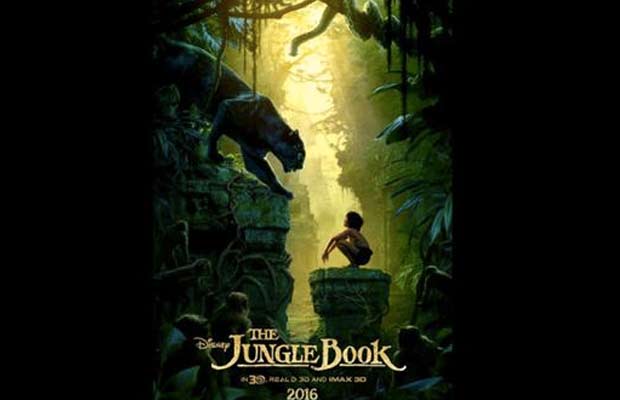 Disney’s live action remake of their hit film ‘The Jungle Book‘ is here with its first teaser. The official page of Disney on the social networking site Facebook as given us a glimpse of what the 2016 film would look like. And let us tell you, it will leave you wanting for me! The live action remake will bring to life the most loved characters of ‘The Jungle Book‘ which will surely be a ravishing change for kids of today’s generation.

Putting us in a restless state, Disney teases us with a six seconds first look that barely gives anything away. Which is the perfect plan executed by the filmmakers as the first look has done its job to make the audience curious. Wait for the next promos, trailers and more is definitely on now! Directed by Jon Favreau, ‘The Jungle Book‘ is scheduled to hit theaters in USA on April 15, 2016.

Voicing the iconic characters would be actors Bill Murray as Baloo, Ben Kingsley as Bagheera, Idris Elba as Shere Khan, beautiful actress Scarlett Johansson as Kaa, talented beauty Lupita Nyong’o as Raksha, Emjay Anthony as Grey Brother, Christopher Walken as King Louie, Giancarlo Esposito as Akela and Ralph Ineson as Father Wolf. And most importantly, 10-year-old Indian-American kid Neel Sethi has been roped in to voice the iconic character of Mowgli. We’re surely excited to see what this little one has to offer!

The film was initially planned to be released on October 15, 2015 but was postponed due to several reasons. Produced by Walt Disney Pictures the film is one of the most highly anticipated animated films of 2016 which might pave its way to the Oscars. Looking at the teaser it is sure that this version of Rudyard Kipling’s ‘The Jungle Book’ is nothing like what we’ve seen before! Take a look at the teaser and let us know what you think.

Posted by The Jungle Book on Saturday, 12 September 2015