The 59th Annual Grammy Awards took place yesterday at the Staples Centre in Los Angeles. It was surely a star-studded night in the presence of who’s who from the music industry. The musical night was hosted by James Corden while Adele kicked off the proceedings with a fabulous rendition of ‘Hello’. Adele ruled the awards night by grabbing as many as five awards.

“But I can’t possibly accept this award. And I’m very humbled and I’m very grateful and gracious. But my artist of my life is Beyonce. And this album to me, the Lemonade album, is just so monumental. Beyonce, it’s so monumental,” Adele said, addressing Beyonce, who are known as a clash of titans.
“All us artists adore you. You are our light,” Adele told an overcome Beyonce. Then, she broke her Grammy in half (in order to share). Beyonce was in tears of joy as Adele accepted awards.

The other who won many awards was the late British singer David Bowie, who won all five of the nominations for his final album ‘Blackstar’, including best rock song.

Many biggies were missing from the awards night. Drake and Kanye West, who each had eight nominations, were nowhere seen. Also, Justin Bieber was not a part of the music awards event. Beyonce took the Grammys stage by storm on Sunday with her first public appearance since she made a surprise announcement about her pregnancy. Clad in a golden outfit, Beyonce sang a medley of the emotional ballads ‘Love Drought’ and ‘Sandcastles’ from ‘Lemonade’.

.@Adele on @Beyonce backstage: “What the f— does she have to do to win album of the year?” #GRAMMYs https://t.co/1CROgQzjQi pic.twitter.com/h0df3fj3qh 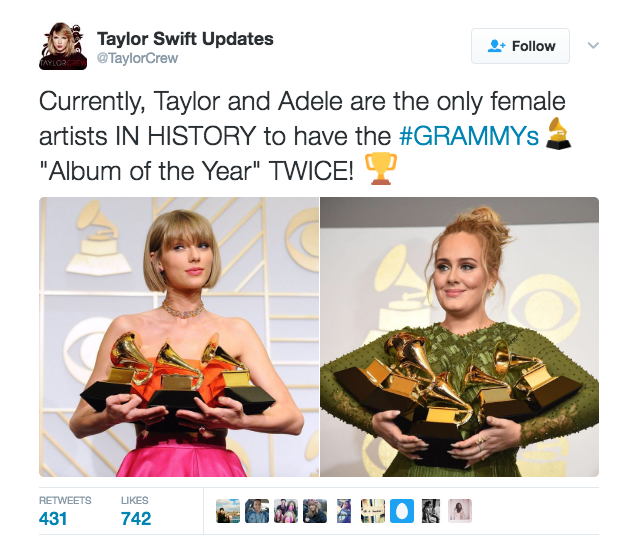 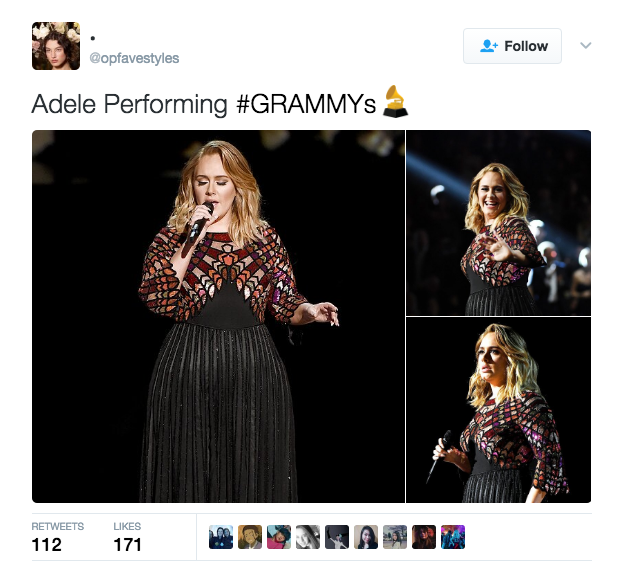 Record Of The Year – ‘Hello’ by Adele

Song Of The Year – Adele and Greg Kurstin for ‘Hello’

Best Pop Duo/Group Performance – ‘Stressed Out’ by Twenty One Pilots

Best R&B Performance – Solange for ‘Cranes In The Sky’

Best R&B Song – ‘Lake By The Ocean’ by Maxwell

Best Dance Recording – The Chainsmokers for ‘Don’t Let Me Down’

Best Music Film – ‘The Beatles: Eight Days A Week The Touring Years’ by The Beatles

Best Americana Album – ‘This Is Where I Live’ by William Bell

Best World Music Album – ‘Sing Me Home’ by Yo-Yo Ma and the Silk Road Ensemble. Indian musician Sandeep Das was also a part of the Ensemble.