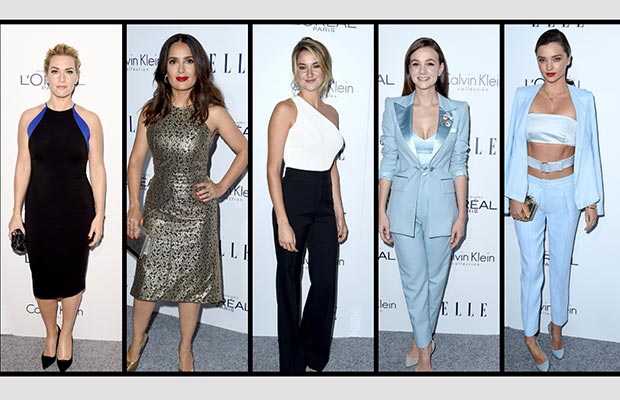 Kate Winslet: Titanic star Kate Winslet attended the award show hosted by Elle for women in Hollywood looking lovely in her body fit dress. The 40-year-old star will soon be seen in the biopic of Steve Jobs.