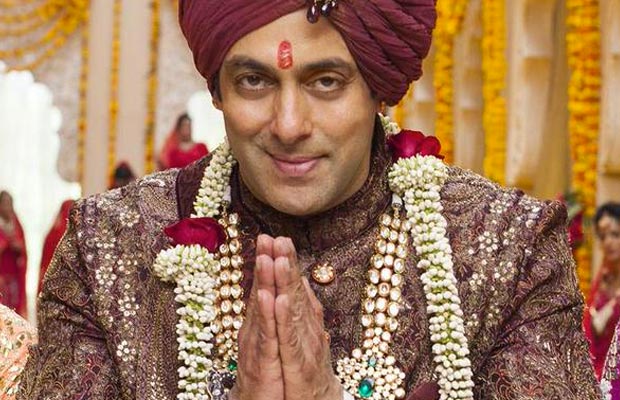 The trailer of Prem Ratan Dhan Payo (PRDP) clearly underlines the fact that it is director Sooraj Barjatya‘s grandest film till date. The makers have spent lavishly in the making of the film, but the extent to which they have gone to do that can be gauged from Salman Khan‘s sherwani.

The actor’s sherwani in the film was made up of real gold embroidery work. Since Salman has teamed up with Sooraj after a very long gap, the latter has left no stone unturned to make the film look spectacular on the big screen.

The production house has spent lavishly on each and every section of the film, right from the sets to the costumes of the film. Salman plays a Royal prince in the film, the makers decided to design a royal costume that matched the actor’s charisma and persona.

For the title track of the film, designer Alvira Khan and Ashley Rebello had designed a sherwani, which has actual gold work on it, including the buttons.

Salman Khan returns to the silver screen after his blockbuster, Bajrangi Bhaijaan. The movie is supported by a huge ensemble cast and is slated to release on November 12, 2015. A quintessential family film for all age-groups, Prem Ratan Dhan Payo is Salman Khan’s next release and Rajshri Productions and Fox Star Studios Diwali blockbuster release.