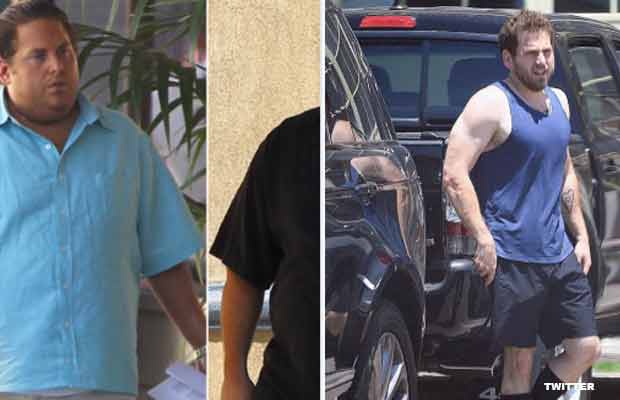 Remember the bulky Jonah Hill who played Efraim Diveroli in Wars Dogs? Well, he is no bulkier but he is better described as the new ‘se*y’.

Actor Jonah Hill is looking very fit these days! Last week when the actor was heading to a workout in Los Angeles, he looked almost unrecognizable. The actor has reportedly been losing weight for the last six months and he is the living and breathing proof of weight loss. It has been no secret that Hill had never had a leveled weight. He had gained 40 pounds for his role in the 2016 film War Dogs.

He is unrecognizable in his new look that is developing a motivating spirit amongst his fans and followers. But, the actor himself has been inspired and gives all his credit of weight-loss to 21 Jump Street co-star Channing Tatum. “I wanted to get in better shape, so I called Channing Tatum and said, ‘Hey, if I ate less and go to a trainer, will I get in better shape?’,” Hill said during an interview on The Tonight Show. “Yes, you dumb mother*****r, of course, you will. It’s the simplest thing in the entire world.” The advice clearly paid off and results are undeniable.
.
The 33-year-old actor’s look is been appreciated and many of his fans are picking lessons from him.

Skinny Jonah Hill looks like hes dying on the inside. Get this man a slice of pizza pic.twitter.com/UOaHb9JdJT

My motivation for weight loss is skinny Jonah Hill. pic.twitter.com/8PJA2lGbgb