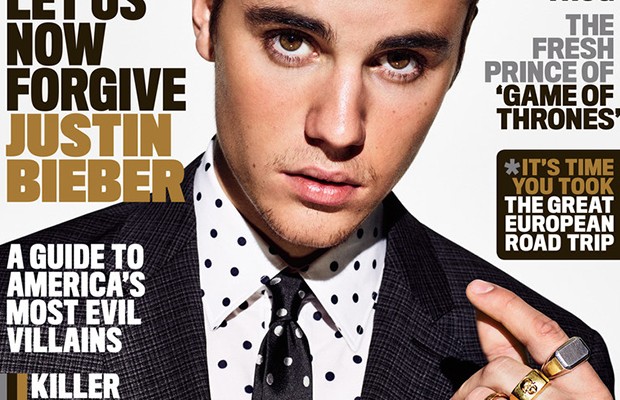 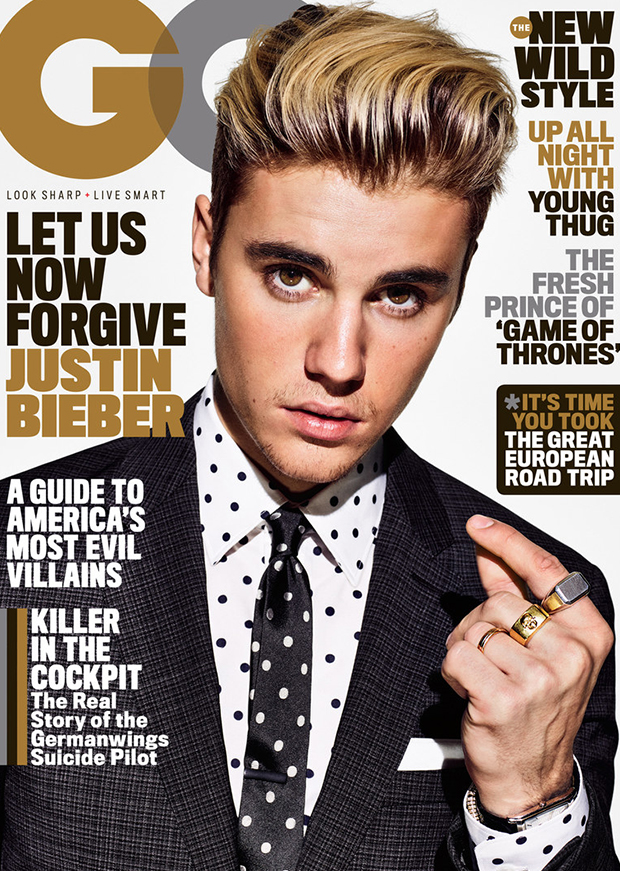 [tps_footer]Hollywood sensation Justin Bieber has finally graced the cover of ‘GQ’ magazine for the very first time. The 21-year old singer looks dapper like never before on the cover. The cover showcases Justin’s new side where he is ready to reintroduce himself.

In an exclusive interview with GQ, Justin opens up about his relationship with model Hailey Baldwin and the reason behind writing the song ‘Sorry’ in his latest album. Hailey and Justin have been really close friends for the longest time and people have been speculating that they are indeed a couple. When Justin posted a picture of him kissing Hailey on New Years’ Eve, all the fans freaked out. It felt like Justin confirmed his relationship with the model. When asked about what kind of relationship he has with Hailey, the singer said “Someone I really love. We spend a lot of time together.”

In the interview, Justin also clarifies on what the song ‘Sorry’ actually meant. A lot of reports suggested that the song was the way Justin was apologizing of all the bad things he did in the past. But, Justin has put stop it by saying “People ran with that. That I was like, apologizing with that song and stuff. It really had nothing to do with that . . . It was about a girl.” Justin had confirmed on Ellen DeGeneres’ show that ‘Sorry’ was about his former girlfriend Selena Gomez. The duo dated on and off for almost 4 years.

The full interview comes out on February 11, 2016 and we will get you all the scoop.[/tps_footer]