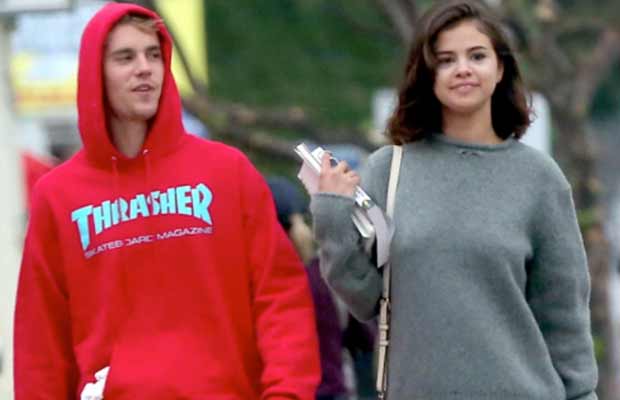 Seemingly, Selena Gomez and Justin Bieber are back together and they look happier than ever.

Three years after Selena Gomez and Justin Bieber called quits for what seemed like the final time, the on and off couple has decided to rekindle their romance.

Briefly, Selena Gomez and Justin Bieber experienced some hard bumps— the ex-couple’s Instagram feud regarding Bieber’s then-girlfriend, Sofia Richie. Since clearing those bumps on the road, the two have been on cordial terms.

Justin was spotted at Selena’s house in Los Angeles mere days before reports of The Weekend and Selena’s break-up started pouring in.

From there on the rumored couple has been spotted in multiple times. Hanging out at famous restaurants to the local cafes, cycling together, and being spotted at an ice hockey game. While leavening the venue of the said hockey game Selena was sporting Justin’s jersey. Obviously, there are many paparazzi and fan pictures pouring in and it seems like Twitter has exploded with the ‘jelena’ hash tag.

Here is how twitter is reacting to the infamous reunion:

“If you truly love something let it go, if it comes back it was mean to be” #Jelenaisback#Jelena pic.twitter.com/gdBOdR2kJi

can #jelena get married this time around?

I wonder what they were doing back there? @justinbieber @selenagomez #jelena pic.twitter.com/T1zJZPPHWU

Jelena is back❤️❤️❤️
I’m so happy?
I wanna find someone special like them… #Jelena #JustinBieber #SelenaGomez pic.twitter.com/fgS3f2N0rs

I feel like every1 is supporting #jelena now, including myself. they’ve matured so much I think this time is going to work?
?❤

While there is tons of support pouring in from fans, there is some mixed reaction in there too.

Reportedly Selena’s family and friends have advised the young Fetish singer to be cautious as she is in a good space after her kidney transplant surgery.

Now it remains to be seen if the young couple is together for good or not.