[tps_footer]Miley Cyrus and Liam Hemsworth were tagged as the love birds currently. The pop star Miley who is always in news for one controversy or the other was appearing to be extremely serious about her relationship with Liam Hemsworth. Not just that, the amazing singer also flaunted her engagement ring every now and then to hint at the fact that she is very much going to get hitched to Liam.

Well, things can turn upside down when it comes love and relationships. Reports suggest that not all is going great between Miley Cyrus and fiancé Liam Hemsworth. The sensational star Cyrus was reportedly spotted without a ring in her hand and appeared to be all cold. The tiff between the two further got a sense of slight confirmation when Miley took to the photo sharing app instagram and posted a picture of herself sans the ring on her finger. The starlet captioned the picture, “Made fo early morninz.” 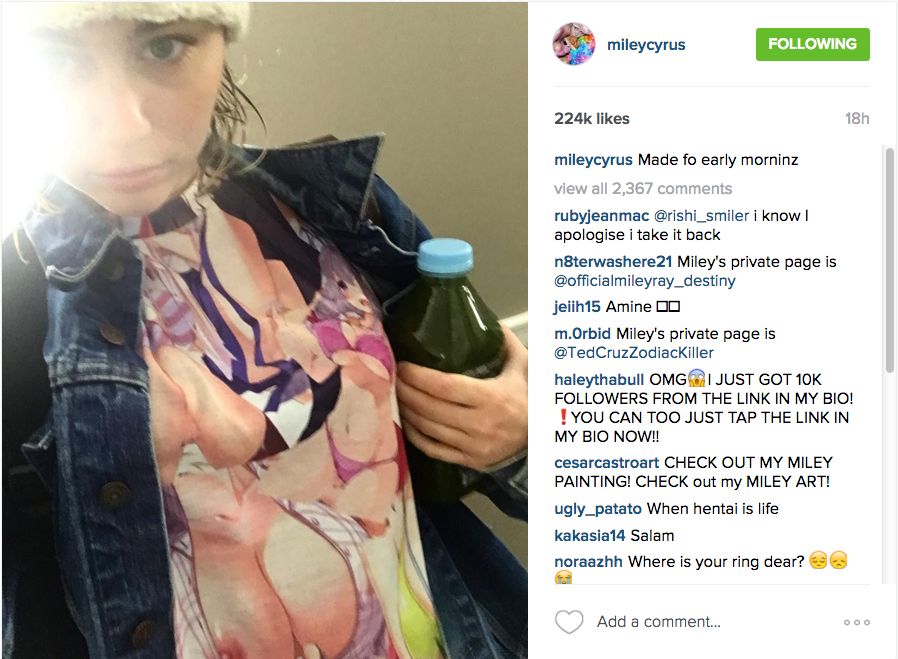 Miley has always been carrying Liam’s ring with élan but lately the star is spotted without the same which has triggered the rumors of their not so happy relationship. Many reports also hint that their marriage might be called off.

The once upon a time drenched in romance lovers were much in news for their adorable traits lately, it was also rumored that the two have already got hitched at a scenic beach . Now whether Miley and Liam’s love is really off the cards or no only time will tell![/tps_footer]