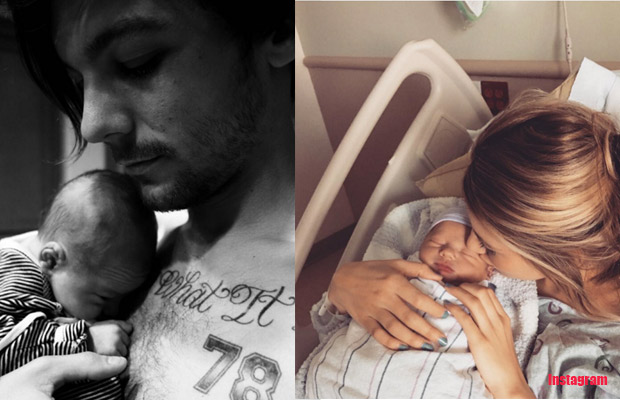 [tps_footer]One Direction’s singer Louis Tomlinson became a dad to a baby boy on January 21, 2016 in Los Angeles. Since the birth, everyone has been speculating about the little baby’s name. After a lot chaos, Louis has put all speculations to rest.

The ‘One Direction’ lad Louis took to his instagram to share the first picture of his baby boy on Wednesday evening January 27. Along with the picture, the baby’s name was revealed. The singer wrote ‘Meet my little lad, Freddie’ as the caption of the picture. Aww! The littlest member of the One Direction has been named- Freddie Reign. In the picture, Louis is seen holding his newborn son like a doting father. 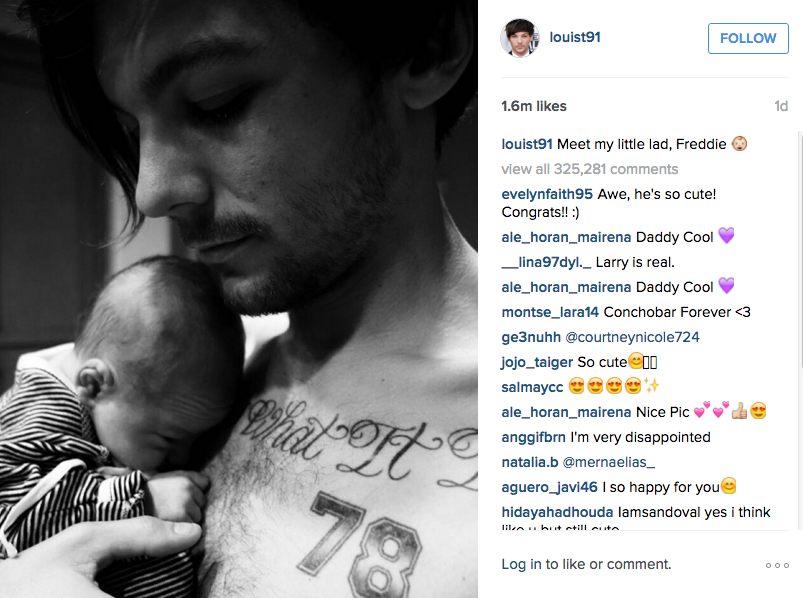 Briana Jungwirth, who is the mother of Louis’ baby, also took to her instagram where shared a picture from the hospital. 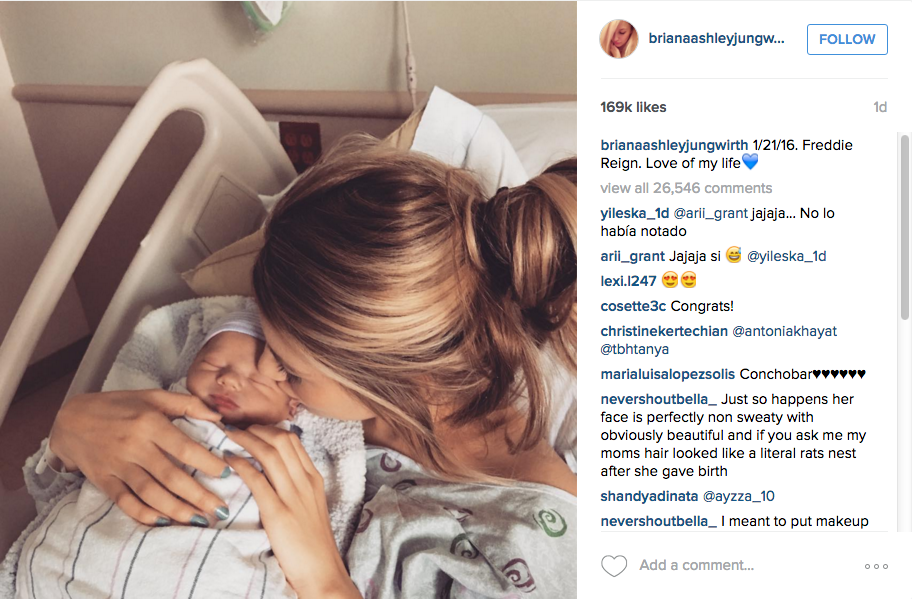 The ‘Drag Me Down’ singer took to twitter last week to announce about his baby boy’s birth. He also thanked his fans sending all the nice messages for his little lad.

In July 2015, the reports started doing the rounds that Louis was expecting his first child with L.A.-based stylist Briana Jungwirth. Briana happens to be one of Louis’ close friend and reportedly dated the singer for a brief time. The singer was earlier in four year relationship with Eleanor Calder. The two broke up in March 2015 as it was difficult for them to manage a long distance relationship. Nowadays, Louis is seen spending a lot of time with ‘The Originals’ TV series’ Danielle Campbell. The two are allegedly dating for over three months now.[/tps_footer]