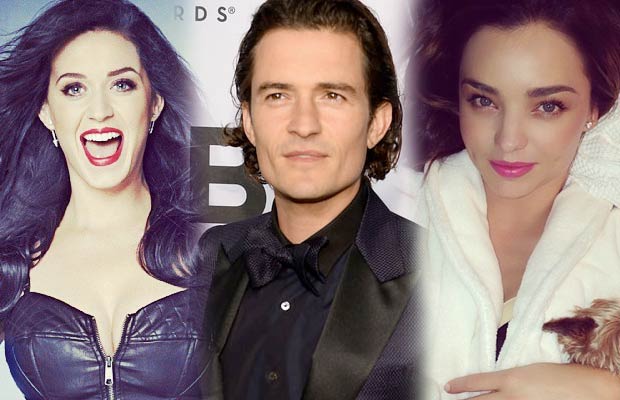 [tps_footer]What happens when the current wife and ex-girlfriend of a superstar run into each other? Well, if we were to judge by the way some stars act, we would say that angry sparks would be flying everywhere. However, when the lovely singer Katy Perry who is Bloom’s ex bumped into Miranda Kerr who is his wife there was nothing but good vibes that flew.

The two lovely ladies ran into each other at the Moschino Resort 2017 Los Angeles runway show during MADE LA on Friday. According to sources, Miranda who was part of the show came backstage and once she spotted Perry hanging out near the makeup area, she made a bee line for her. Katy who was simply hanging out was then seen chatting with Miranda for a few minutes and the two looked nothing short of good girl pals. If you think that was all, you’re wrong! The two even went ahead and took a ton of cute selfies together.

Once the show began, Katy slipped away to the front rows for the audience and was noticeably enjoying the show. Miranda who was responsible for the opening and closing of the show was welcomed with a lot of enthusiasm on Perry’s part. In fact, when Miranda first stepped out on the stage, she was greeted with a lot of clapping, cheering and surprisingly – even whistles! Well, according to those who were present around the starlets, there was nothing but amicable and friendly vibes between the two ladies.

Looks like some of our Bollywood Divas need to take a leaf out of their books![/tps_footer]