[tps_footer]Australian model Miranda Kerr is happily engaged to Snapchat CEO Evan Spiegel. The pretty looking starlet who rose to fame with her Victoria Secret presence is on cloud nine. The two stars were dating each other since last year.

Evan Spiegel who is the man behind the popular application Snapchat is happy for this union by all means.  This marriage will be the second one for Miranda Kerr. The beautiful star was earlier married to actor Orlando Bloom. The couple also has a five-year-old son.

Spiegel will tie the knot for the first time. The young business tycoon is already valued at $2.1 billion by Forbes. The talented lad is one of the youngest billionaires in the world. Evan and Miranda met in the year 2014 at a Louis Vuitton dinner. Since then the two have shared a good bond.

Nonetheless, the two made an appearance as a couple only last year. Miranda Kerr took to the photo sharing app Instagram to share the news of her engagement with Evan Spiegel. The actress posted an adorable picture captioning it, “I said yes!!!” 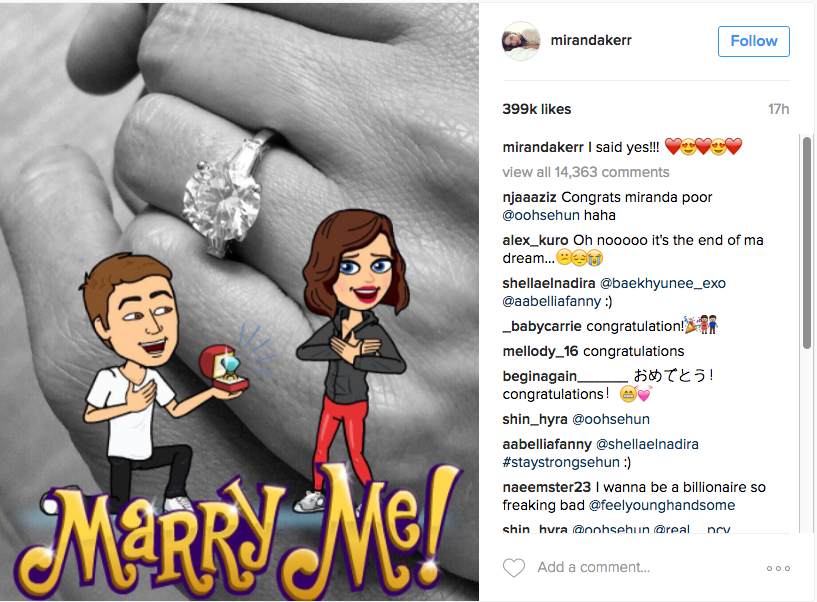 Evan Spiegel launched Snapchat when he was studying at Stanford University, the application is currently the most popular one amongst the youth. We wish the couple congratulations![/tps_footer]