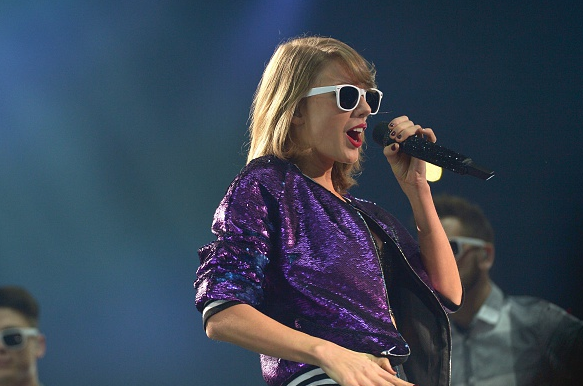 Hollywood pop sensation Taylor Swift is being sued once again, and this time for plagiarism related to her song Shake It Off. Apparently R&B singer Jesse Graham is the one suing Swift this time claiming that she has stolen his lyrics for her song ‘Shake It Off’ which is a chart topper. According to Graham’s statement, he had earlier made attempts to talk things through with the singer and her officials but since nothing worked out he was left with no choice but to file a lawsuit.

Jesse Graham is suing Taylor Swift for a whooping $42 million for using his lyrics without crediting him for the same. Apparently the track has similarity with Jesse’s song ‘Haters Gonna Hate’, which Swift has used as the catchy anthem in her track ‘Shake It Off’. He further claims that there is no way the singer came up with all the lyrics on her own. Well we wonder where this lawsuit is going to lead!

Taylor Swift has been in the limelight for many lawsuits faced by the singer as well as cases lodged by her against some entities. The singer was earlier sued by street fashion brand ‘Lucky 13’ for using their slogan/logo. The singer’s music video ‘Bad Blood’ that made records on YouTube was also accused of stealing ideas from K-pop group. Taylor Swift was also sued by a Colorado DJ for getting him fired by making false accusations.

Well it certainly looks like Taylor’s haters are hating away on her with no limit! Nonetheless the singer has managed to keep her name clear and intact in the music business and is one of the highly influential artists of today. Taylor Swift is currently busy with her 1989 tour around the world and has been performing with numerous artists across the different countries.