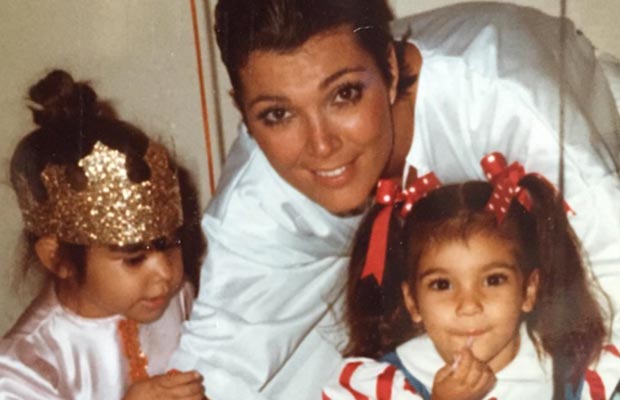 Hollywood socialite Kim Kardashian recently gave us a glimpse of how she celebrated Halloween when she was little, back in 1982. The reality TV star shared adorable photo of her with her mother and sister. What was more adorable was a small video clip shared by Kim in which we saw three and half years old Kourtney Kardashian and 2 years old Kim Kardashian! The super cute sisters look chubby and lovely in their Halloween costumes.

Kim Kardashian surely loves her family a lot and cherishes all the memories she has spent with them over the years. The ‘Keeping Up with the Kardashians’ star loves celebrating Halloween every year and gives us a glimpse of some of the best outfits we have ever seen. This year interestingly she dressed as guess who? Kim Kardashian herself! The beautiful diva who is pregnant decided to put on her MET gala outfit and celebrate Halloween dressed as she, herself.

In the throwback video and photo share by Kim we can see that she is dressed like a cute little pumpkin while Kourtney is dressed as Wonderwoman. Interestingly this year as well Kourtney dressed as a sexier version of Wonderwoman, making for a perfect coincidence! Kim Kardashian‘s little princess, daughter North West was dressed as Princess Elsa from Disney movie ‘Frozen’. In the throwback photo shared, we see Kris Kardashian with Kim and her sister, we’re guessing Kourtney once again. 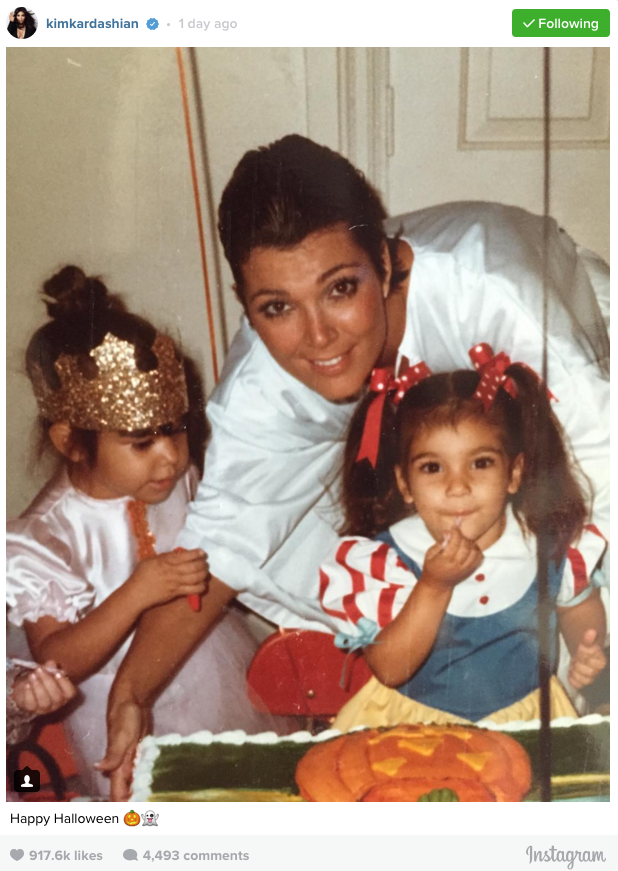 What caught our attention most in the photo is the striking uncanny resemblance between Kris and Kourtney Kardashian. The mother daughter duo look exactly alike where Kris from 1982 looks exactly like today’s Kourtney. The real true meaning of – like mother, like daughter! Well the Kardashians had a great Halloween this year too with a reason to celebrate as Lamar Odam is on his way to recovery with Khloe Kardashian by his side. 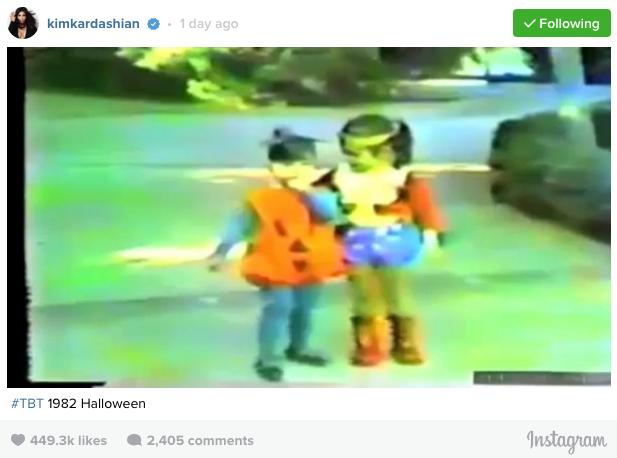