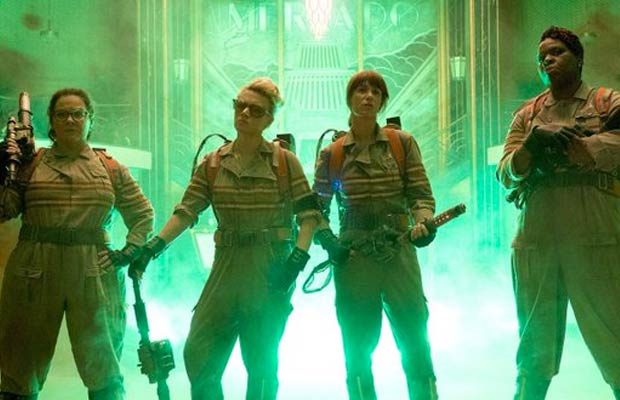 It has been 30 years  ‘Ghostbusters’ released but the fans always wanted more. Well, now they get it. The trailer presents a new team of three women who join forces to eliminate New York City’s pesky paranormal problem.  In a library, paranormal researcher Abby Yates (Melissa McCarthy), Quantum physicist Erin Gilbert (Kristen Wiig)  and engineer Jillian Holtzmann ( Kate McKinnon) approach a female ghost, which answers with a torrent of ectoplasm. The women have dedicated heir entire lives to study the paranormal and Abby claims that there are people who need their help. There is an evil who has created a device to amplify the paranormal activity in the city and the four ladies are the only ones who can do something about it. Chris Hemsworth appears for a brief moment until Abby gets possessed by some ghost and goes on crazy mode.

The ladies are comic geniuses in Hollywood and basically raise the comic factor in the movie. The film looks very familiar to the previous movie but all-female cast adds a new flavour to the supernatural world. There’s action, lost of comedy and well Chris Hemsworth.