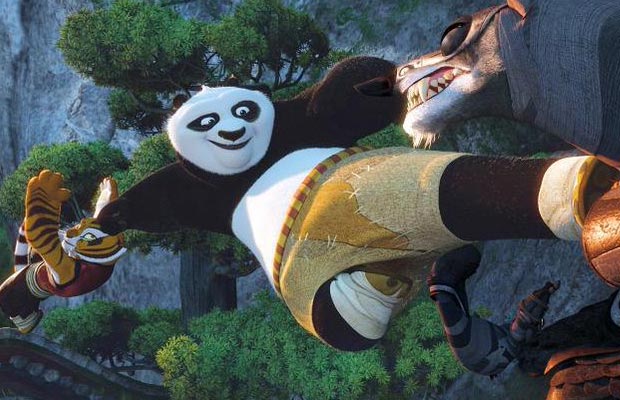 The official second trailer for highly anticipated animated movie ‘Kung Fu Panda 3’ is finally here, and you shouldn’t miss this. If you’ve watched the first trailer released few months ago, you would understand why we say that the second trailer is even more sick. After creating needed hype with first trailer, the second trailer gives us a glimpse at the other side of Po’s life where he will become a great Kung Fu teacher. After becoming the Dragon Warrior, Po now has to learn to teach Kung Fu to others.

The ‘Kung Fu Panda 3′ trailer begins on a funny note between Po and his teacher Master Shifu. Shifu tells Po that he will now have to learn the art of teaching Kung Fu. But both the Panda and his master agree that he can never be a great teacher! Soon after which Po meets his long lost father whom we saw in the first trailer as well. After learning about this whole new world with his Panda family, Po will have to face an evil Bull who wants to destroy the Panda world.

The first two chapters of the film saw Po the panda voiced by Jack Black becoming the dragon warrior under master Shifu’s guidance. Po who was said to be an orphan adopted by a goose, discovers how his parents were killed by the hands of the evil peacock. After making us believe that Po’s parents are dead, the film ended by giving us a glimpse of an entire panda clan living far off in another village. The third part of the funny and super creative animated series will see the panda family reuniting after a long time!

The storyline, plus the wonderful cast and the great new character additions are just some of the reasons why ‘Kung Fu Panda 3′ is highly awaited. We love the chemistry between Po and his new enemy Kai as well! The film has a star studded cast of Jack Black, Angelina Jolie, Dustin Hoffman, Jackie Chan, Seth Rogen, Rebel Wilson and J.K. Simmons voicing the amazing characters. Distributed by 20th Century Fox, ‘Kung Fu Panda 3’ is all set to hit theaters in USA on January 29, 2016.