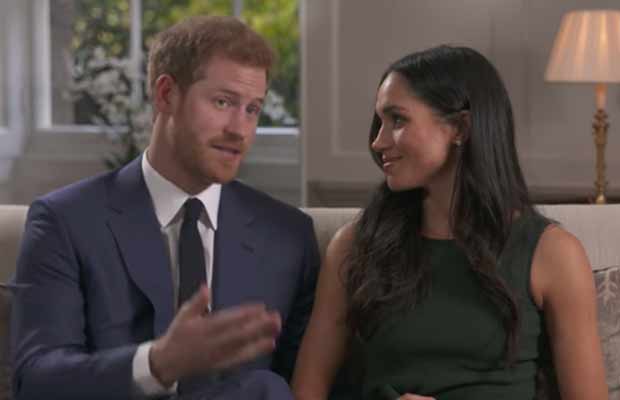 Prince Harry and Meghan Markle are engaged but what you need to know is how the proposal went down.

Another royal wedding is in works! Yes, we are talking about Prince Harry and his girlfriend of a year, ‘Suits’ star Meghan Markle. The two are engaged and the announcement was made this morning.

After a photo call outside of Kensington Palace, where the couple will live, the couple gave their first interview with the BBC’s Mishal Husain. During the interview, Prince Harry revealed how he proposed the actress over roast chicken.

“It was just an amazing surprise. It was so sweet, and natural and very romantic. He got on one knee,” a smiling Markle said during the interview.

In their first interview since the announcement of their engagement, Prince Harry said, “She didn’t even let me finish. She said ‘Can I say yes, can I say yes?’ then there was hugs and I had the ring in my finger.”

“And I think I managed to catch you by surprise as well,” Prince Harry said while looking at his fiancé and holding her hand.

The adorable couple also shared a few plans for the future, with Markle confirming she is giving up acting. She said, “I don’t see it as giving anything up. I see it as a change. It’s a new chapter…”

Markle, who has been involved in humanitarian causes, looked at Prince Harry and said, “Now it’s time to work as a team with you.”

“I know that she will be unbelievably good at the job part of it as well,” said Harry.

Here’s the video of Prince Harry and Meghan Markle revealing details of their proposal. In the video, the couple discusses their long-distance romance, their different backgrounds and much more.