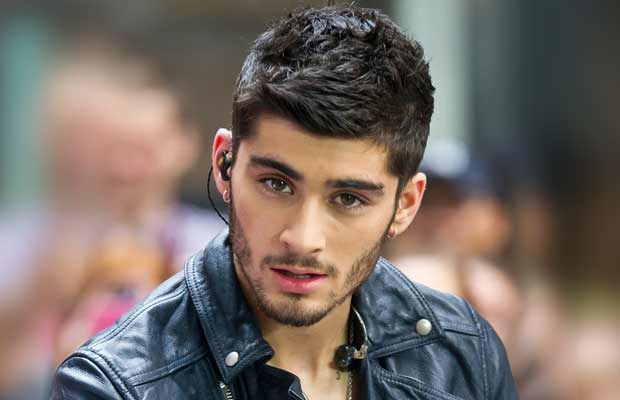 [tps_footer]Zayn Malik and Gigi Hadid have been garnering all the headlines for their highly romantic stints. The two artists started dating almost immediately after Zayn’s break up with serious girlfriend Perrie Edwards. Nevertheless, recently rumors suggested that not all is well between Zayn and Gigi. It is being said that the two busy stars have no time to spare due to their professional commitments and there is an alleged crack in their paradise.

In order to give a break to all the rumors and gossips, the former One Direction star has posted something adorable for Gigi Hadid on the micro blogging site Twitter. The Mind of Mine star tweeted a picture of Gigi captioning it, “Saw your face and got inspired.” 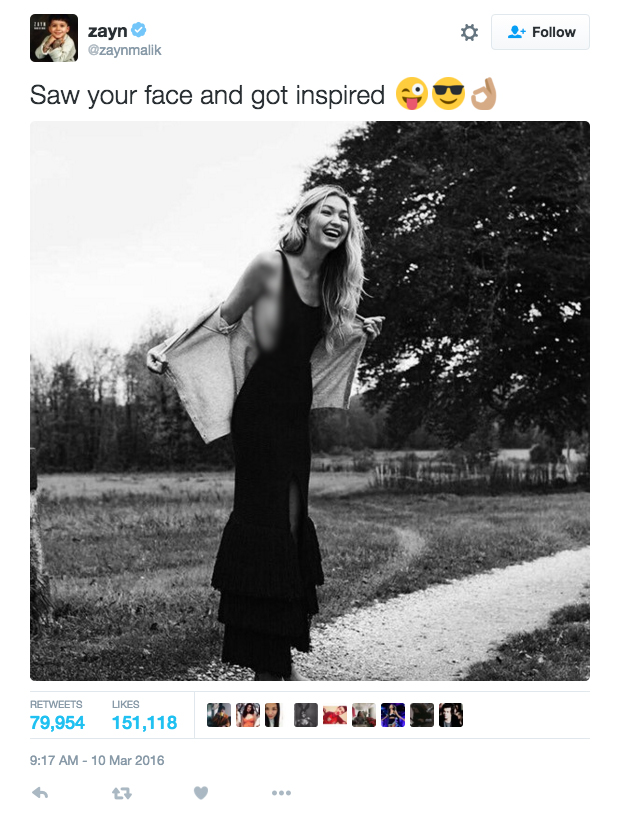 Zayn Malik has always been in news for his relationships. After the much public break up with Little Mix star Perrie, Zayn has been more in news for his love errands. Additionally, it is reported that both Zayn and Gigi Hadid are insecure about each other.

Speculations suggest that Gigi is insecure about Zayn’s long past with Edwards and this can be a reason for the crack in their relationship. Many reports suggested that Malik is still very caring towards Perrie Edwards. Also there have been many trust issues between Zayn and Gigi lately.

Well, with this tweet for Gigi, the handsome hunk has proved that they are very much together. Even though Zayn tweeted that Gigi is his inspiration for his new album, many fans opined that his track Like I Would was undoubtedly for his ex-flame Perrie Edwards!

Now what turn does this relationship tale take is yet to be seen.[/tps_footer]