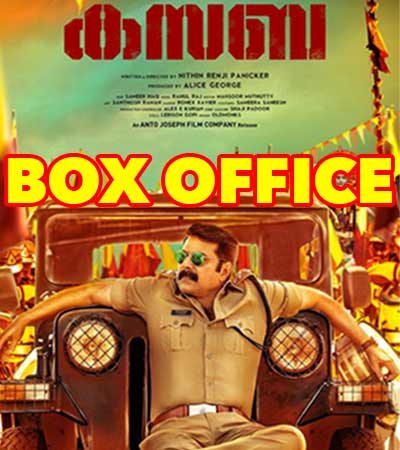 [tps_footer]The action filled film ‘Kasaba’ starring Mammooty in the lead role has witnessed a commendable opening at the box office. The movie released on the holiday of Eid on Thursday and has garnered massive audiences at the screens. ‘Kasaba’ directed by Nithin Renji Panicker is assumed to create records in the regional box office.

The Malayalam film is the second release of Mammooty in the year 2016. The megastar plays the role of a police officer in the film. The film is termed as a power packed entertainer with all the elements of a hit.

‘Kasaba’ released in 101 screens and due to the holiday received a grand opening at the box office. Mammooty plays the central character in the film named Rajan Zachariah. His character is also being compared to Salman Khan’s role in ‘Dabangg’.

‘Kasaba’ has witnessed an enviable opening in Kerala. It is being speculated that the film will also break the records of ‘Kali’ in its first day collections. Also, extra screens are being added to adjust the crowd. The film revolves entirely around Mammooty’s character and how he faces the issues.  The superstar’s character in the film is both a mixture of comedy and seriousness.[/tps_footer]