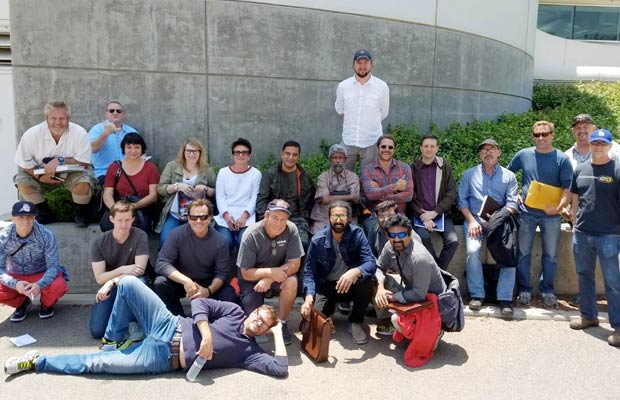 [tps_footer]The much talked-about trilingual featuring actor Kamal Haasan, Shabash Kundu ( Sabash Naidu in Tamil-Telugu) will now be directed by Haasan as well. Malayalam director TK Rajeev Kumar, who was assigned to direct the film earlier, has fallen seriously ill. Hence, Haasan has taken over the director’s chair to avoid any delay in the project.

“My director, Rajeev has taken extremely ill. The unfortunate setback occurred when we were on the fourth day of our recce in Los Angeles. He has been diagnosed with a Lyme disease. It is a rare infection prevalent in Europe and North America. This is the reason I am now directing the film,” Haasan said in a statement. Rajeev is getting the best possible medical care in LA. “We have put him in one of the best hospitals with one of our executives keeping vigil 24/7.”

Kamal Haasan is no stranger to direction. He has brilliantly helmed films as diverse in theme and epic in vision as Hey Ram, Chachi 420 and many more. In fact the character Haasan plays in Shabash Kundu is from Dashavtharam, the film that the actor-director directed in 2008. “This time I moved in as a standby director hoping my friend, Rajeev will recover soon. It seems he will, but not in time to finish this film, which is tightly scheduled to end principle shooting by July-end or the first week of August.” Right now Haasan’s entire focus is on getting Rajeev Kumar back on his feet and making sure the film is directed well.

Haasan affectionately shared, “Rajeev started his career as a director with me in the lead nearly 25 years back. I am sure when he is up and about he will have many more films to direct. He has already done 25 films in his career. He’ll do 25 more and I’ll be in at least 10 of them.” Shabash Kundu is a trilingual film, now directed by Kamal Haasan. The film is being made in Tamil-Telugu as Sabash Naidu and in Hindi as Shabash Kundu. It features Haasan and Shruti Haasan in the lead. Haasan’s younger daughter Akshara Haasan is an assistant director in the film. This is the first time the three Haasans are working together in a film. The music of the film is being composed by Ilayaraja. The film went on floor in the first week of June in LA and will release by the end of this year.[/tps_footer]