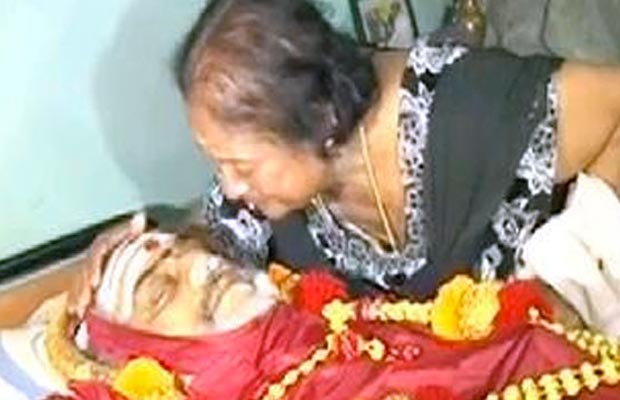 Veteran Kannada filmmaker KSL Swamy popularly known as Ravee passed away at the age of 77 after facing respiratory problems. Swamy was ill since quite some time now and was battling sickness related to respiration since over a month. He was also undergoing treatment for the same at a private hospital and was said to be in recovery stage. He died however, early in the morning.

Sources stated that Swamy was suffering from respiratory problems and was admitted to a private hospital. After 42 days of treatment, he was discharged yesterday as his health showed signs of improvement. But he died in the wee hours of the morning. KSL Swamy who was born in Mysore, died in Bengaluru. He is survived by his daughter Dhanalakshmi and wife BV Radha who is an equally established name in the southern film industry.

KSL Swamy has directed more than 30 films and he made his debut with the 1966 film ‘Thoogudeepa’. Since then he has done commendable work, having done ventures with famous actors and producers. Swamy won a National Award for his film ‘Jamboo Savari’ in the year 1989, under the category of Best Childrens’ Film. In 2013, he was awarded the Padma Bhushan, Dr. B. Saroja Devi National Award for his immense contribution to cinema. ‘Bhagya Jyothi’, ‘Sri Krishna Rukmini Satyabhama’, ‘Bhoomige Banda Bhagavantha’, ‘Jambu Savari’, ‘ Harakeya Kuri’ and Maha Edabidangi are few of the films he has directed in his lifetime.

Not just a director, KSL Swamy was also a producer, actor and a playback singer. The multi talented star directed his last film ‘Savira Mettilu’ which released in 2006. Reportedly his body was kept at his residence in Horamavu for public viewing. It was later shifted to ‘Samsa Rangamandira’ on the premises of Ravindra Kalakshetra where many film personalities and others came to pay homage.