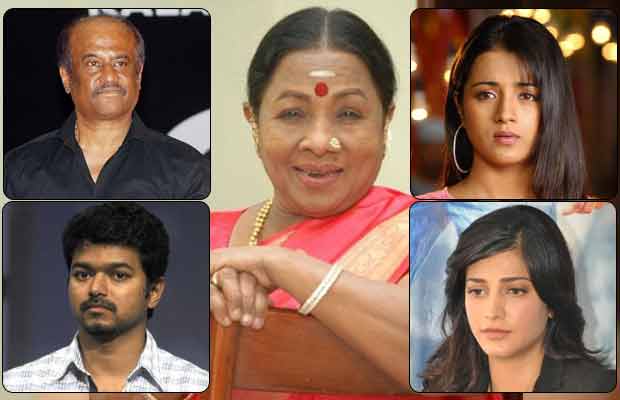 Tamil industry’s iconic actress Manorama passed away on Saturday, and the news has left the South stars in a state of grief. The veteran actress who was 78 years old, complained of chest pain and was rushed to a hospital but later passed away due to heart attack. Better known as ‘Aachi’, Manorama was no less than a legend of Indian cinema. Celebrities like Trisha Krishnan, Dhanush, Prakash Raj and others expressed their grief over social media.

Manorama has a commendable record of having worked in over thousand films, for which her name was included in the Guinness Book of Records as well. She has also acted in numerous plays in which she has worked with five of Tamil Nadu’s Chief Ministers. The actress who has been in the film industry since late 1950s, bagged the National Film Award for Best Supporting Actress for Pudhiya Pathai in 1989. She was awarded the prestigious Padma Shri in 2002.

Tamil industry’s ace actors including Rajinikanth, Vijay, Ajith and others were present to pay homage to the late actress and extend their support to her family. Manorama’s son Boopathi was heartbroken and completely saddened by her death. Young actors like Shruti Haasan, Lakshmi Manchu also expressed their grief over social media.

Take a look at South celebrities who expressed their final words to Manorama:

Dhanush: “No ! Manorama aachi ! U can’t leave us. Not you 🙁 From the legend from whom I learnt what acting is. #legend #irreplaceable”

Shruti Haasan: “Manorama aachi you’re eternal so beautiful — you changed an 8 year olds life – and then I grew up to see the great artist the great woman”

Prakash Raj: “Aachi…. Will miss one of the all time great entertainer of Indian cinema.. Thank u for everything .. Respect . RIP”

Trisha Krishnan: “Rip aachi was an honour n privilege to have worked with u n known u as 1 of d most humble n wonderful human beings.”

Lakshmi Manchu: “#manorama no more? Cinema has lost an icon. RIP my dear. Thankq for your work. I grew up w her magic. What an amazing actress.” 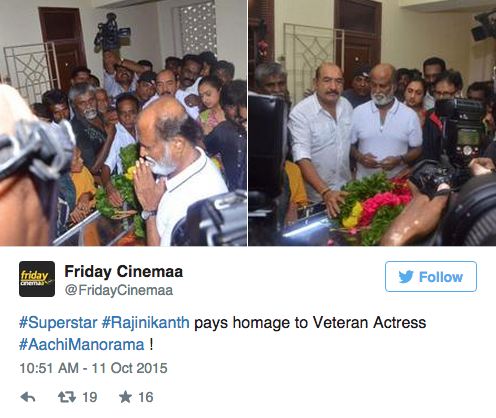 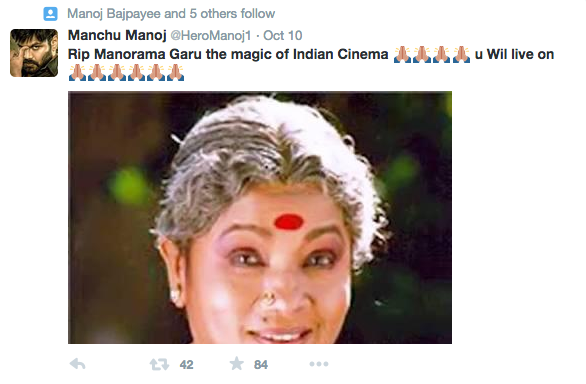 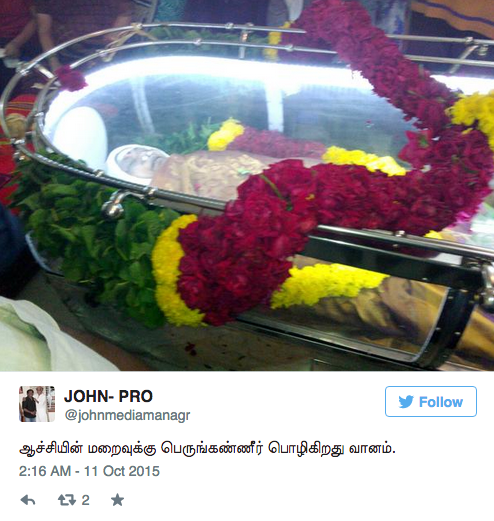 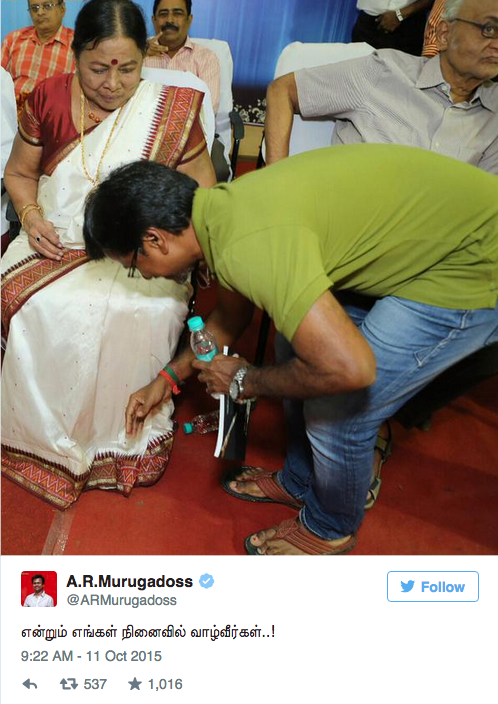