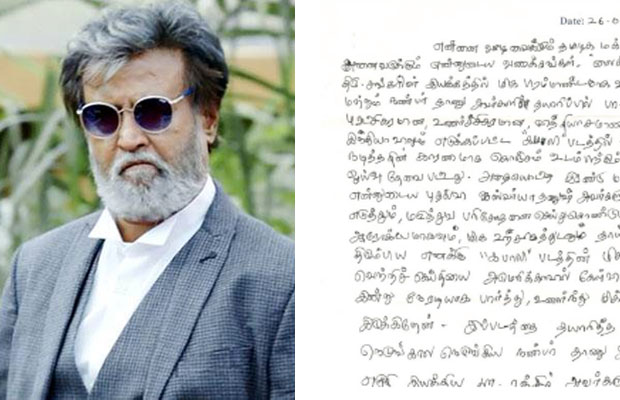 [tps_footer]Rajinikanth is surely on cloud nine with the success of his just released film ‘Kabali’. The movie is already declared as the blockbuster of the year. Directed by Pa Ranjith, the movie is loved by the masses and its collections are also soaring high each day. ‘Kabali’s box office collections are making news by all means. The gangster flick has already entered the 200 crore club in its overall collections.

The Rajini starrer film has collected more than 120 crores in the Indian market itself. With its widespread release in the overseas the movie is also garnering high numbers in the worldwide market. Superstar Rajinikanth who is an idol to many of his fans has now written an open letter.

The record-breaking actor has penned down a letter in which he has thanked all his fans for the success of ‘Kabali’. The actor has further also revealed why he went to the US. The letter written by the superstar says, “My heartfelt gratitude to all those who made Kabali successful. From the producer to director to fans and to the media, I thank each and every one of them.”

The actor also stated about his US visit saying, “Since I was working non-stop on Kabali, and Shankar’s 2.o, I was required to take mental and physical rest. Hence, I went on a two-month long trip with my daughter, Aishwarya Dhanush, and during which time I had undergone a few medical tests.”

‘Kabali’ directed by Pa Ranjith stars Radhika Apte in the lead role opposite Rajini. The film will soon break the records of all films in its way! 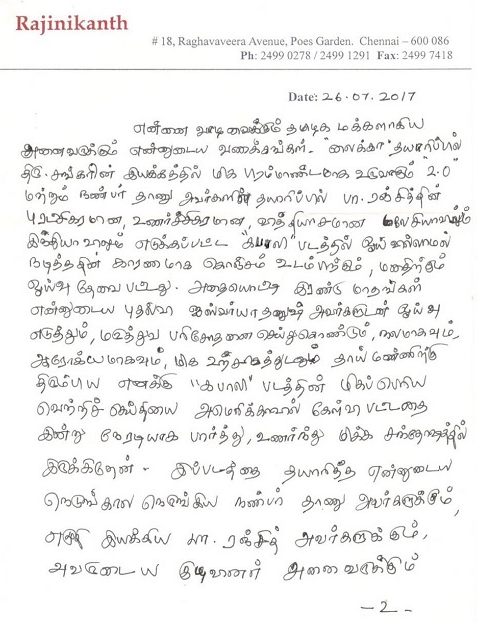 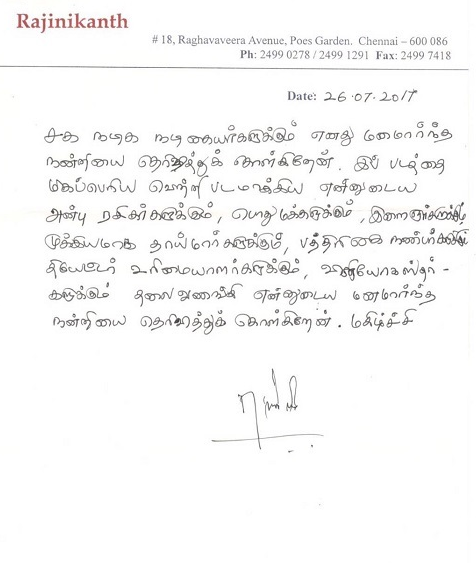 “After continuous shooting for Robot and Kabali, my mind and body needed some rest. Along with my daughter Aishwarya I stayed at the US for two months and did my routine medical check-up.

On my return I feel energised and refreshed. I am healthy. I heard about Kabali success in the US. I experienced it on my return to Chennai. I feel very happy.

I am humbled by the success of Kabali. I thank Ranjith, my co actors, the crew, Dhanu, distributors, press, and my fans for making this movie a huge success.