Varalaxmi Sarathkumar is a south Indian actress who plays in languages like Tamil, Kannada and Malyalam. She literally faked her kidnapping on twitter and almost choked her fans. Apologised later, but nothing worked.

It was Cinema Gallery, a Southern India’s social handle for movies and updates who posted a picture of Varalaxmi being kidnapped and this publicity stunt broke her fans heart and dragged them to worry about the actress. For which, when things came out to be fake, the actress showed raw sympathy towards fans. 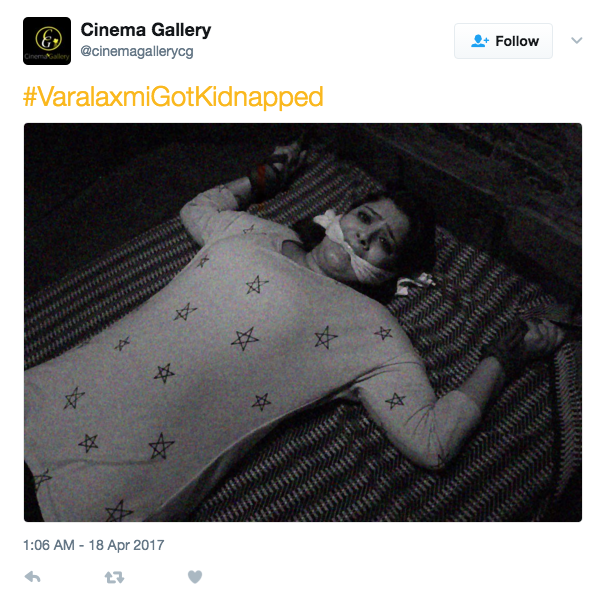 She wrote it on Twitter after the incident and said, ‘I wasn’t aware of this promotion as I’m in delhi representing my Save shakti petition to the Law ministry..Sorry for the trouble..!!’ 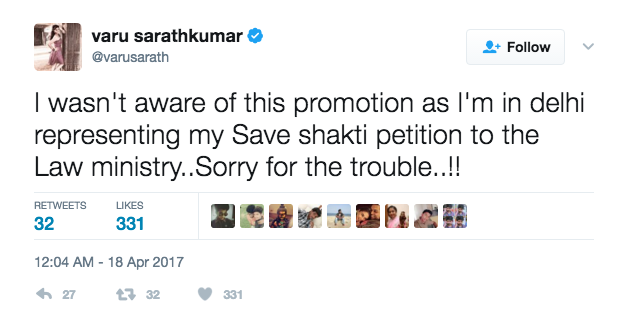 She also tweeted about her fans and as we said, she showed raw sympathy to them, ‘I’m absolutely fine.. thank u for ur concern..it’s a part of our movie promotion.. announcement at 6pm..!!’ This is not done Varalaxmi, wrong way to treat your fans!

Fans responded on this and gave firing tweets about the incident. One of them said, ‘Varu Sarathkumar getting kidnapped – this will go down as one of the worst promotional tactics ever for a film. Dismal.’ Read that? We have more..

Another fan tweeted, ‘#VaralaxmiGotKidnapped This shows how NOBODY cares if someone got kidnapped. They will make memes and abuse the victim for it.’ Well, Well fans are tremendously upset with this publicity stunt. 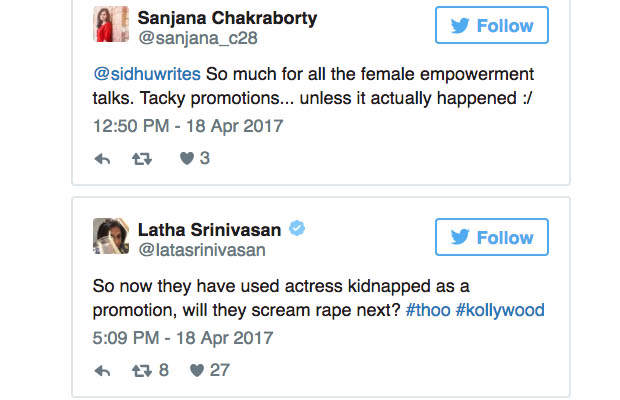 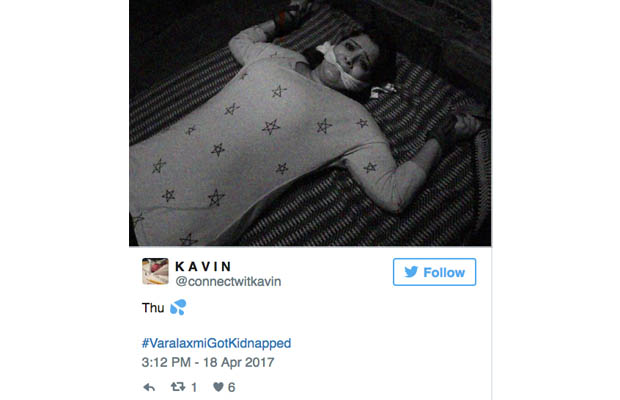 Now, showing such a weightless reaction to her beloved fans who are seriously upset with this incident is not done. We think she needs to learn some sense of responsibility, after all a star is everything that his/her fans are. So she should get her coaching asap.