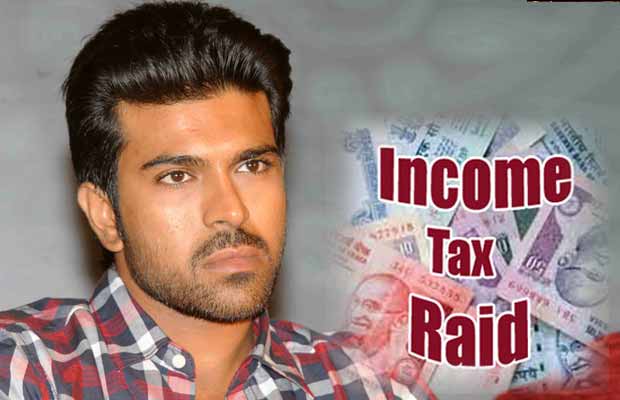 Tamil star Vijay’s house was raided by the IT officials only days before the release of his film, now Ram Charan‘s ‘Bruce Lee’  is facing similar fate. Ram Charan’s film ‘Bruce Lee – The Fighter’ that released all over today, was subject to Income Tax raids only a day before the film’s release. Such a setback would definitely have been a shock, but proving speculations wrong the film released on time without hassles.

Ram Charan’s film producers and director Srinu Vaitla were subject to IT raid owing to the big budget of the film. Reportedly, director Srinu Vaitla and producer DVV Danayya’s residence as well as offices were raided by the IT officials. Along with them ‘Bruce Lee’ music director Thaman and film distributor Dil Raju were also subjects to this raid done on the film. ‘Bruce Lee’ being a highly budget film, the tax raids must have been conducted to reveal tax evasions.

Looks like raiding film stars’ and filmmakers’ houses right before the film’s release has become a trend now. Earlier actors Vijay, Samantha Prabhu and Nayanthara were subject to IT raids at their residence, which did not go down well with the actors. Naturally the actors were furious about this unannounced visit by the IT professionals, and stood by their words that they have not evaded tax. The officials were adamant that Vijay has been evading tax since the past five years. The actor however denied the same stating he has paid all of his taxes duly on time.