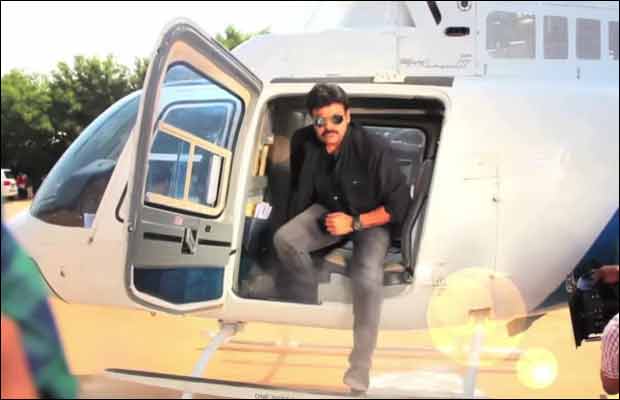 Telugu superstar Chiranjeevi who is all set to make a comeback next year recently did a cameo for his son Ram Charan in ‘Bruce Lee’. And now we have got our hands on a superb behind the scenes video showing the actor’s grand entrance on the sets of the film. Well the actor is surely a superstar and to keep at par with that image, one cannot simply make a bland entrance. Chiranjeevi flew up a helicopter just to make his way to the film’s set as we can see from the video!

Chiranjeevi makes a small cameo in the film appearing at the end of ‘Bruce Lee – The Fighter’. As the actor had earlier promised his fans a special treat in the film, he has delivered the same. Audiences are going gaga over the film that released yesterday. Everyone is loving Ram Charan and Rakul Preet Singh’s performance to the core, but they are liking the end surprise by Chiru the best.

The small behind the scenes video sees the actor in a black shirt and a cool pair of jeans stepping out of the helicopter and walking towards the set all swagged up. Surely Telugu stars know how to make things grand! The film is based on the life of a stunt choreographer played by Ram Charan and has action packed sequences till the very end.

After his cameo in son’s film, Chiranjeevi has been making headlines for his 150th film. Earlier the big news had been confirmed by sources close to director Puri Jagannadh that he will in fact be directing the Telugu superstar’s 150th film, which will mark his comeback. However things did not turn out well as the project got shelved, and now the news of ‘Kaththi’ remake has surfaced. After seeing him in Bruce Lee, we’re waiting to get more updates on Chiranjeevi’s next move! 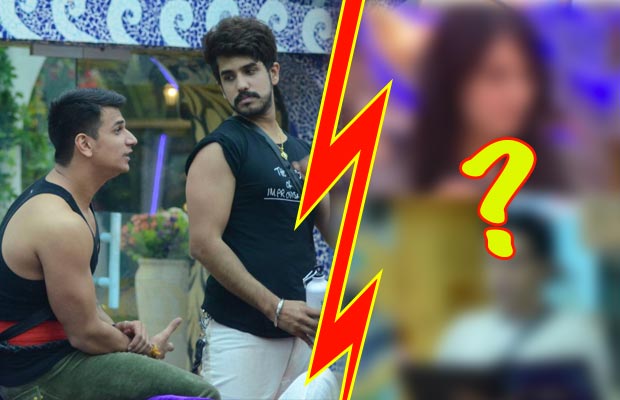