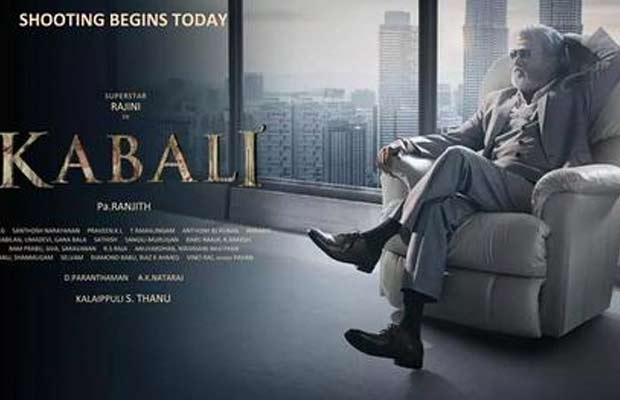 [tps_footer]Rajinikanth is all set to flaunt his charm with his upcoming film ‘Kabali’. The film will see the superstar in a never seen before avatar. The movie is based on the life of a gangster and Rajinikanth will play the character of a Malaysian don. It is said that Rajini’s character is loosely based on the real life gangster Bentong Kali. He was the one who terrorized Malaysia in the 90s.

The south superstar is the God of records and even before the release of his films this actor makes high histories. ‘Kabali’ is one of the most awaited films of the year and the movie will also release on a large scale in the US.

Surprisingly, the gangster based film has already created a mark on the box office in the US. The tickets for ‘Kabali’ were sold out in the screens of US in mere two hours. The film will be a global release but it is already on a money minting spree in the US.

The film will release in 400 screens in US. Rajinikanth with his record in the US has proved that he is not just the most beloved star in the home front but he also has a humongous fan following internationally.

The film is directed by Pa Ranjith and will star actress Radhika Apte in a lead female role.[/tps_footer]