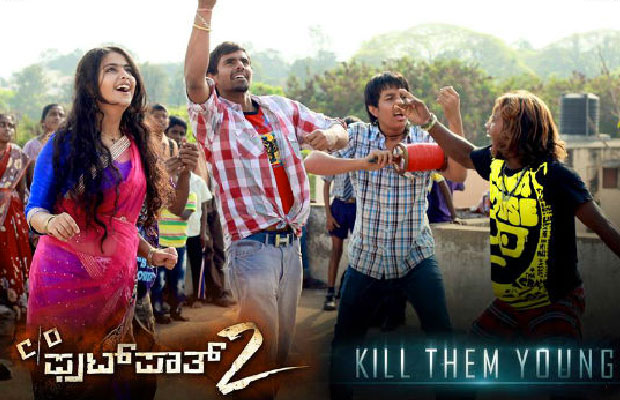 There’s yet another reason to celebrate as one more Indian film has made it to the Oscar 2016 race! Kannada film ‘Care of Footpath 2’ starring Hindi actresses Esha Deol and TV star Avika Gor has been selected as an lateral entry for the prestigious award show. Marathi film ‘Court’ has made its way to the Oscars by defeating films like ‘Bajrangi Bhaijaan’ and ‘Baahubali’ among others. Looks like it’s the time for regional cinema to shine internationally!

‘Care of Footpath 2’ has officially become the first ever Kannada film to enter the Oscars. This is definitely a reason to celebrate for Guinness World Record making director Master Kishan. Not many know that Indian kid Kishan Shrikanth had his named lodged in Guinness World Book of Records for being the youngest director in the history of cinema. At the age of only 10, Kishan directed the first part of ‘Care of Footpath’ in which he acted as well.

‘Care of Footpath 2’ stars Esha Deol in the role of a lawyer. Much like its first film that starred veteran actors Jackie Shroff and Kiccha Sudeep, the second part of the film also deals with the lives of poor people who live in slum areas. The film very emotionally depicts the horrendous lives these people lead, and the hardships they face on a daily basis. It also spreads the message of love, care and humanity.

After Marathi film ‘Court’, Kannada film ‘Care of Footpath 2’ has made everyone proud and excited by entering the Oscar race. While ‘Court’ is the third Marathi film to enter Oscars after Sandeep Sawant’s ‘Shwaas‘ (2004), and Paresh Mokashi’s ‘Harishchandrachi Factory‘ (2009); ‘Care of Footpath 2’ is the first ever Kannada film to enter the Oscars. Let’s hope we bag an Academy Award this time!