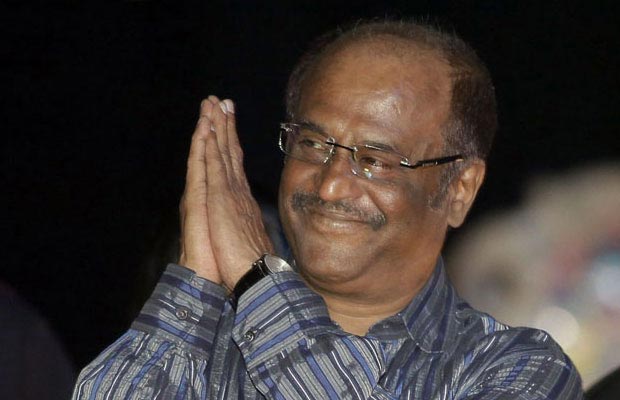 [tps_footer]South superstar Rajinikanth has surprised everyone by deciding to donate Rs. 10 crores towards the Chennai Flood relief fund. According to a report in TOI, the actor is all set to make possibly the biggest donation so far after being heavily criticized for previously announcing donation of mere Rs. 10 lakhs. Rajinikanth is well known for his humanitarian and philanthropic work and hence when the news broke out that the actor is donating only a small amount for the Chennai flood relief, his fans were surely disappointed.

It seems to rectify the same the actor has decided to raise the amount by a 100 times and will now be donating Rs. 10 crores for the good cause. And with that Rajinikanth is leading the list of donations made by actors, however it is not a competition. If reports are to be trusted, it is being said that actor Vijay is all set to donated a whooping sum of Rs. 5 crores to the victims. Ajith sheltered more than 180 people who were stranded, and distributed hotly prepared meals to nearly 400 peopled. Plus he is all set to donate Rs. 1 crore to the relief fund.

Dhanush, Allu Arjun, Suriya, Mahesh Babu, NTR Jr. are some of the other actors who have decided to donate money towards the relief fund. Actor Siddharth has been actively working to help people with rescue missions coordinating through social media. Certainly all the South stars are doing their part to help Chennai during this devastating times and Rajinikanth has once again played a major role. Thalaivar who was is Malaysia for the shoot of his upcoming movie ‘Kabali’ has recently arrived in Goa to continue the shoot with actress Radhika Apte.

His family, son-in-law Dhanush has been actively helping out in the rescue and rehabilitation missions by providing food and shelter to those in need. Surely the Rajinikanth family is an idol for all in Tamil Nadu and to get help from their side during this devastating time is a source of hope for all. Rajinikanth has urged his fans not to indulge in any celebrations this year for his birthday but we’re not sure how much that will work out. As things are starting to clear up in Chennai slowly and steadily, will the city be back on track to celebrate the superstar’s birthday? Only time will tell![/tps_footer]