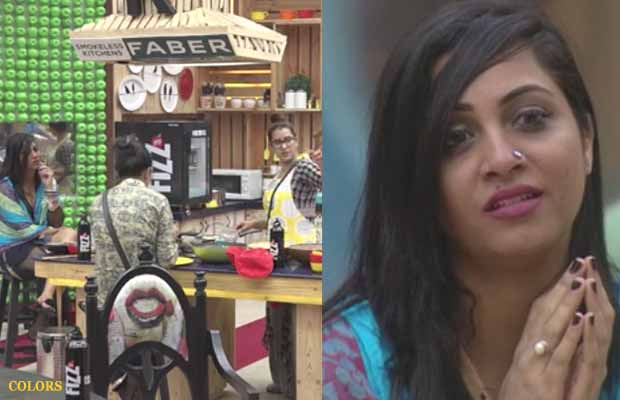 The heat inside Bigg Boss 11 house is slowly turning up with each passing day. The contestants are leaving no stone unturned to be in the limelight. However, someone who is stealing the show since day one is none other than Shilpa Shinde. Not only viewers but even contestants inside the house believe that Shilpa Shinde has that ability to be the winner of the show.

It’s known to all Shilpa Shinde has a huge following, thanks to her popular role as Angoori Bhabhi on &TV’s popular show, Bhabi Ji Ghar Par Hain! Though she left the show amid huge controversy, her fan following still stays intact. Fans on social media have been making appeals to make Shilpa Shinde the winner of the show.

In an unseen Voot video, even Arshi Khan tells Bigg Boss and the public that she believes that Shilpa Shinde deserves to win the title. Yes, she makes this confession despite knowing that she is also a part of the game. She folds her hands and says, “Only Shilpa is deserved to win the show. She has huge fan followers as well.”

While having a conversation with other housemates in the kitchen area, Arshi also asks Shilpa that if she wins the show, will she give her 10 Lacs for shopping. To which Shilpa replies, “Never! I will never give money to you”.

Shilpa then says that they will go together for shopping and challenge each other of shopping for Rs 1 Lac each in a day.

Now let’s wait and watch who comes out as the winner and who stay friends even outside the house. Still, the winning line is way too far!