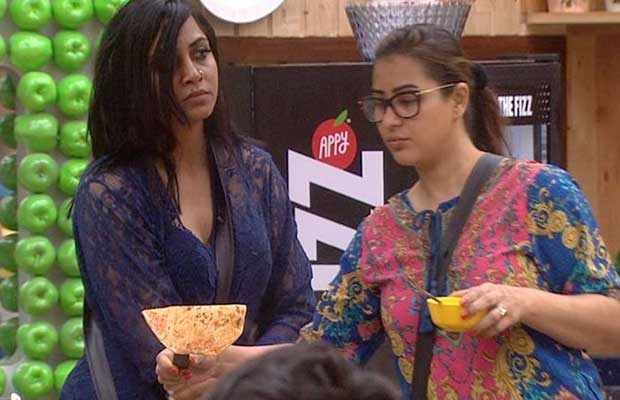 Arshi Khan and Shilpa Shinde have been getting along really well inside the Bigg Boss 11 house.

When most of the house is against these two ladies, Arshi Khan and Shilpa Shinde, it is just the two of them who have been getting along really well with each other inside the Bigg Boss 11 house. Recently, we saw Arshi narrating an incident to Shilpa in which her boyfriend had slapped her hard.

An unseen video shared on Voot by the makers of Bigg Boss sees Arshi sharing her tough time with Shilpa. While both of them were sitting in the kitchen, she tells the actress that she used to work in the physiotherapy department at a hospital in Bhopal. She said that her boyfriend was so insecure about her that he used to be outside the hospital all the time, even when it used to rain.

She went on telling that there was this one time when she was returning to her department all sweaty after treating one of her patients as there are not air conditioners in all the departments. When her boyfriend saw her like that, he slapped her hard in the face saying that “Tu sokar aa rahi hai wahaan surgery department se (Did you sleep with someone in the surgery department).”

Shilpa was shocked to hear this and asked Arshi if she didn’t slap him back. She said that she did but after breaking up with him.

Talking about Arshi Khan, recently she has been receiving flak from people for passing racial comments at Hina Khan. People have been criticising her talking about Hina’s skin colour. In fact, the TV actress’ boyfriend Rocky made a tweet expressing his rage.