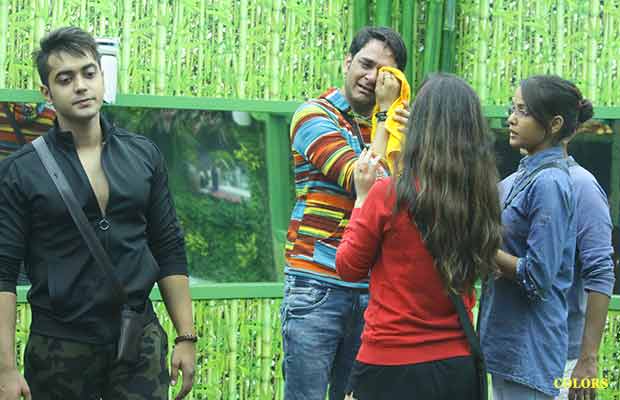 The saddest thing about betrayal is that it never comes from your enemies. This is true in case of what we will experience in today’s Bigg Boss 11 episode. Over the years, the only thing constant in the Bigg Boss house is the changing dynamics of human emotions and interpersonal relationships.

Friendships formed till now are being tested. We will see Hina and Vikas who shared a strong bond from day 1 are now loggerheads with each other. Vikas alleges that Hina’s behavior keeps changing according to her convenience. He brings up the situation with Zubair wherein Hina initially stood up for Zubair but post Salman’s comments, changed and commented that Zubair was the bad apple of the lot. Further Hina goes on to say that she repents siding with Vikas.

A visibly emotional Vikas then gets into an argument with Puneesh, by suggesting that Puneesh is living off his father’s wealth and does not have an identity of his own. Puneesh retaliates by calling Vikas a ‘Fraud’ and brings up a casting couch incident from the past. Meanwhile, Shilpa keeps on instigating Vikas by broaching the topic of casting couch couple of times.

With all the inmates now against him, Vikas has an emotional breakdown and locks himself in the bathroom.

Will Vikas be able to survive in the Bigg Boss house? Which queen will be bestowed with the honor of being the first captain?