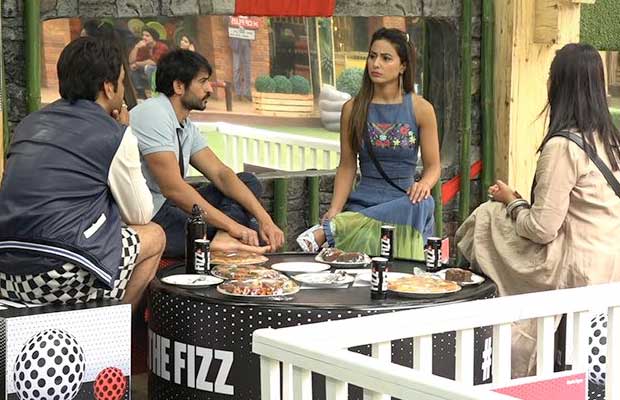 The new nomination task inside Bigg Boss 11 house brought more fights and mind games. As earlier we revealed, Hiten Tejwani, Hina Khan, Arshi Khan and Vikas Gupta were the first four contestants put in the safe zone for the nomination task. The twist in the game was that one contestant out of the four had to move out of that safe zone. However, it would be mutually decided by the four sitting inside. Also, the one coming out of the safe had to switch with one nominated contestant outside.

While Vikas, Arshi and Hiten teamed up, it was Hina Khan who had to move out of the safe zone. This was, the switch kept changing among Hina, Sapna and Priyank Sharma. The game changer moment was during the last buzzer when Sapna sent Luv Tyagi in the safe zone.

So eventually, Hina Khan, Priyank Sharma, Shilpa Shinde and Sapna are nominated for this week’s eviction. Who do you think will leave the house? Share your views.

Stay tuned to Business Of Cinema for more updates on Bigg Boss 11!